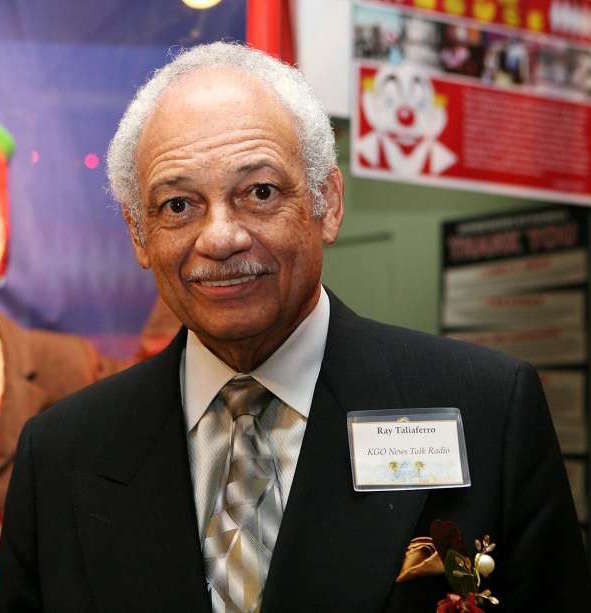 Former KGO host, Ray Taliaferro has been found dead in Paducah, Kentucky. Yesterday afternoon, the Paducah Police Department were called to investigate a body found near Brooks Stadium, a local ballpark, only a mile from the location he was last seen on November 10, 2018. Taliaferro’s son gave a statement to ABC7 News, confirming the information of his passing.

The deceased was reported missing at 9:30am on November 10 by his wife of six months, Charlotte Crawford, in Massac County, Illinois. The couple had been viewing a property when Taliaferro’s wife reportedly came around to the front of the house to find Ray and their car missing. Around 3:30pm, he was seen 20 miles over the border in Paducah, KY at Mellow Mushroom, a pizza parlor. Taliaferro was showing signs of confusion and dementia leading up to the time he went missing.

Raphael “Ray” Taliaferro is a beloved veteran host of KGO, on-air from 1977 to 2011 on the overnight show and was known for his outspoken liberal views. His long professional resume includes his start in radio at KNEW-AM in 1967 and his endeavors into television as a news anchor in Burbank for KHJ-TV before he moved to San Francisco and started at KRON-TV. Taliaferro was one of the founders of the National Association of Black Journalists.

There are no further details on his death at this time. If you have any information on his death, please contact the Massac County Sherrif’s Department at 618-524-2912 or the Paducah Police Department at 270-444-8550.

Listen below for Pat Thurston and John Rothman’s tribute to Ray Taliaferro earlier last week when his disappearance was announced. Continue listening to KGO live on-air or at kgoradio.com for more details.