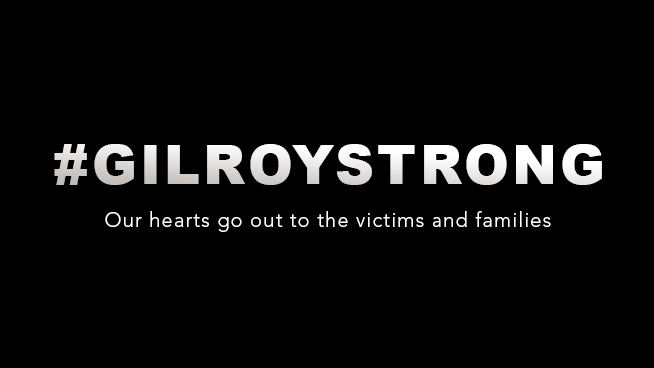 The six-year-old male victim has been identified as Stephen Romero, according to family members. The identities of the two other victims have not yet been announced.

The thirteen-year-old female has been identified as Keyla Salazar of San Jose, the Santa Clara Coroner’s office confirmed.

The male victim in his twenties has been identified as Trevor Irby, according to a statement from his alma mater Keuka College in New York.

On the morning of July 29, 2019, the Gilroy Police Department held a press conference, in which they revealed the suspect as 19-year-old Santino William Legan. Law enforcement engaged Legan, shot and killed him in less than a minute. “The suspect used an AK-47 type assault rifle purchased legally in the state of Nevada on July 9, 2019,” Police Chief Scot Smithee disclosed.

Police Chief Scot Smithee confirmed that three people are deceased, including a 6-year-old male, a 13-year-old female and another male victim in his twenties. The total number of people injured is 16. There is still no known motive. The investigation into the involvement of a second suspect is still active.

Around 6pm this evening, reports of an active shooter at the Gilroy Garlic Festival were made. City officials have confirmed that four people were killed and fifteen others are injured. The shooter was confirmed to be shot and killed by law enforcement.

24 people have been taken to the hospital. One suspect is in custody, confirmed dead. Authorities are continuing the search for the second suspect. A rifle was the weapon recovered at the scene. Gilroy Police Captain Pedro EspinozaIt confirmed it is still a “fluid and active scene”.

Gilroy Mayor Roland Velasco announced that the city will hold another press conference tomorrow morning when more information becomes available. “I want to express my extreme shock and sadness for what has happened today… This is an active investigation,” he added.

In a statement made by Gilroy’s Chief of Police Scot Smithee, he announced that the incident began around 5:41pm. “Officers were in that area and engaged the suspect in less than a minute. The suspect was shot and killed,” The shooting happened at the north side of the festival. Police believe the suspect entered the festival through the north side through the creek. An unknown tool was used to cut through the fence. There is currently no known motive.

Executive Director of Gilroy Garlic Festival: “Gilroy is an amazing, tightly knit community. We are family. For over four decades, this festival has been our annual family reunion. It’s such a horribly upsetting circumstance that this happened on the third and final day of this year’s festival… This is one of the most tragic and sad things I’ve ever had to see… We couldn’t be more thankful for the immediate response of the first responders.”

This post will continue to be updated as more information becomes available.