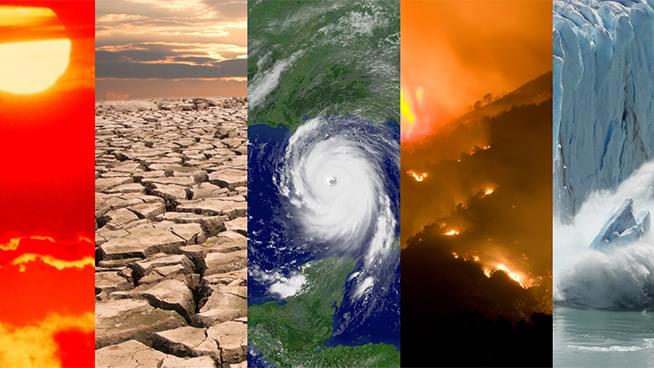 The National Oceanic and Atmospheric Administration announced that this July beat out July 2016 for the hottest month ever recorded. The NOAA records began in 1880. They also reported that the top ten hottest July’s have all occurred since 2005.

JUST IN: July 2019 now ranks #1 as the warmest month on record, according to the monthly Global Climate Report from @NOAANCEIclimate https://t.co/gzv7jcCDDX #StateOfClimate pic.twitter.com/aNSyYtAsRa

On Twitter, NOAA shares that the first half of 2019 came in as the second hottest period since 1880.

In other climate change news, the ice in the Arctic Sea is at an all-time low for the month of July.

A new July record low for #Arctic sea ice extent was set: 19.8% below avg and 30,900 sq miles below the previous record in 2012: @NOAANCEIclimate https://t.co/gzv7jcUf2x #StateOfClimate pic.twitter.com/McApPDcab7

Check out some of the global climate events that occurred this month.