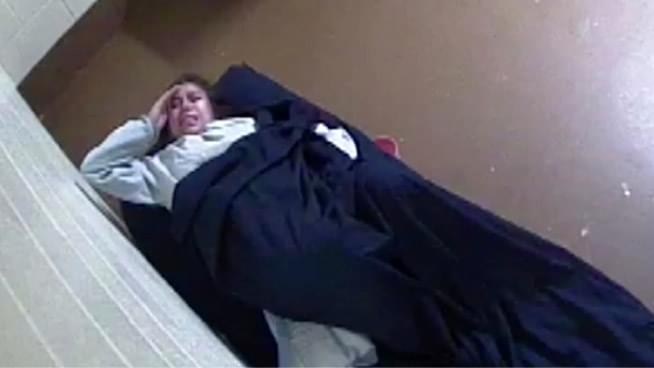 Pat interviews Mari Newman, the attorney for Diana Sanchez, a woman in Colorado who gave birth alone in a jail cell.

I cannot imagine what on earth they were thinking, only providing that pad as though that was medical care. That’s about the equivalent of providing a band-aid. Obviously, it’s ridiculous. When she gave birth, nobody was in the room. She had been in labor for almost six hours trying to get medical care and the jail simply was too lazy to do it. She finally had some response from the nurse after the baby was born. As it turns out, the medical kit at the jail, of course, wasn’t equipped to deal with the birth of a baby because no human being should be giving birth in a jail cell. They didn’t even have clamps to cut the umbilical cord. That was something that didn’t happen until Miss Sanchez was finally eventually taken to a hospital by EMT who were called in after her baby was born.