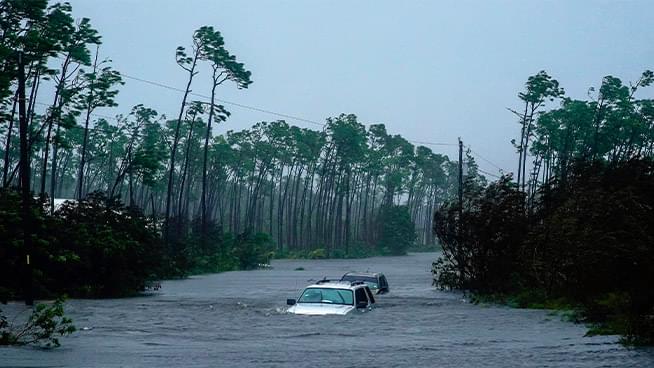 Jennifer McNatt, a meteorologist with the National Weather Service Southern Region Regional Operations Center, gives an update on the path of Hurricane Dorian.

The movement of these storms are driven by upper level wind patterns. So what happened was it was being driven by one steering flow off to the west and through the Bahamas. When it neared the Bahamas, it came into an area that we call an upper level high pressure system that doesn’t have a whole lot of winds driving the movement of the system so it really slowed down to almost nothing as it was over the Bahamas. What’s happening now – why it’s increasing speed and expected to move up to the Northwest – is because we have what’s called an upper level trough moving off the East Coast. That’s going to pick it up and move it up to the Northwest, then the North and then eventually Northeast.