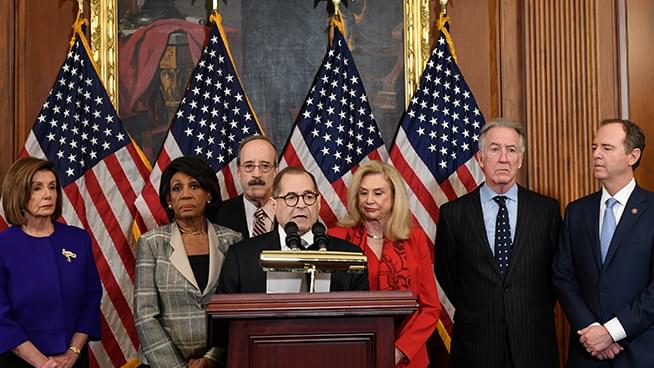 The Democrats face much pushback from their decision to move forward with the impeachment inquiry, with the main ones being ‘why not wait’ or ‘just get over it’. Congressman Adam Schiff responded to this stating that, “To do nothing would make Congress complicit,”

Of course, nothing gets by the President without a Twitter response:

To Impeach a President who has proven through results, including producing perhaps the strongest economy in our country’s history, to have one of the most successful presidencies ever, and most importantly, who has done NOTHING wrong, is sheer Political Madness! #2020Election

These articles of impeachment will be voted on by the House Judiciary Committee on whether or not to take the articles to the full Congress. KGO will continue to report as information becomes available. Tune in or listen live online.