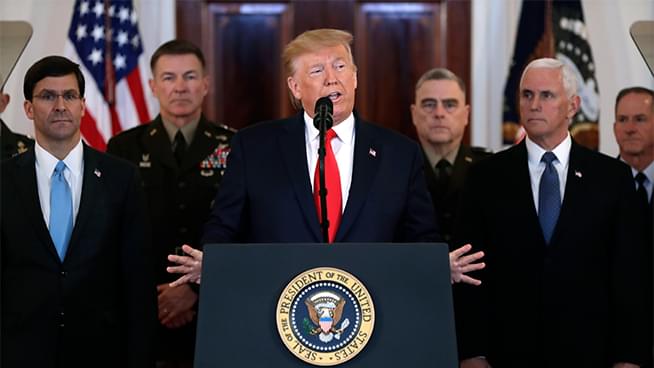 “For those of us who have been concerned about Iran, it’s future, and whether its relationship with the United States will ever change, this could hopefully be a first step,”

President Trump gave a 10-minute speech this morning to explain how the United States is reacting to Iran’s latest provocation with its overnight strikes against two American military bases. He said Iran appears to be standing down, with the implicit point America will also move towards an exit route from the freeway to war. He opened his remarks though with a strong promise: Iran will never be allowed to have a nuclear weapon.In today’s Report, I gave my reaction to what he said.