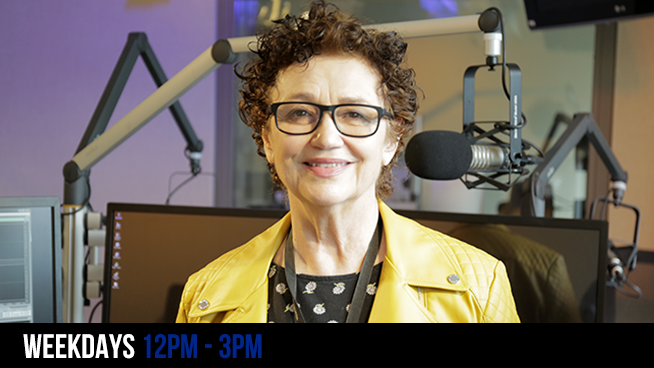 Pat Thurston has been a staple of talk radio in the Bay Area since the OJ Simpson trial. As a broadcaster, Pat has interviewed some of the most powerful people in the world, including Walter Cronkite and Hillary Clinton.

Her broadcast career began when she served in the U.S. Army, hosting a weekly television program aired service wide, around the globe.

Pat’s life gives her a unique perspective. Not only does she have vast experience — from working with the Secret Service to selling office copiers to traveling the Caribbean islands for a timeshare exchange company — she is also mom to 12-year-old triplets, two girls and one boy.

Pat has hosted a dating show which she playfully called Dateless and Tasteless for its endless focus on sex, been a frequent guest on CNN and she went naked sky-diving just because (that was way before she became a mom). She once took a group of listeners on a tour through England, broadcast her show from Washington D.C. shortly after 9/11, and tackles political and social issues that affect our everyday lives.

“I love talk radio. It not only allows for an exchange of ideas, but debate and conversation. It gives me the impetus to stay informed.”

Send Pat an email, or connect with her on Facebook for live updates!