Both LeBron and Getty are big fans of the short-pants suit, which LeBron (re)made famous leading into game one of the 2018 NBA Finals.

In both an effort to lay claim to his own fondness for “The Shorty,”  as well to pay off a lost bet with Positive Sean, Getty wore his finely tailored suit to work.

Reactions to the sight of Getty in his short pants were expectedly mixed.  Most did a double take before bursting into giggles. But, what few knew is that Getty is 100 percent comfortable and confident in The Shorty — so there!

Check out a few of Getty’s fine in-studio poses, as well as some Twitter reactions and comparisons to other notable figures who have embraced his killer sense of style. 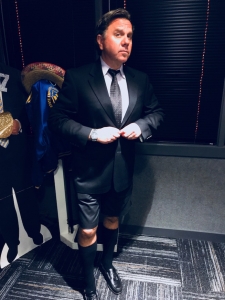 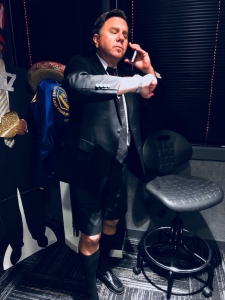 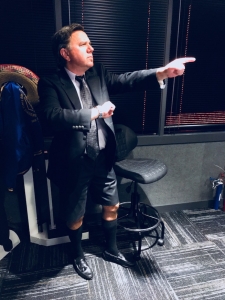