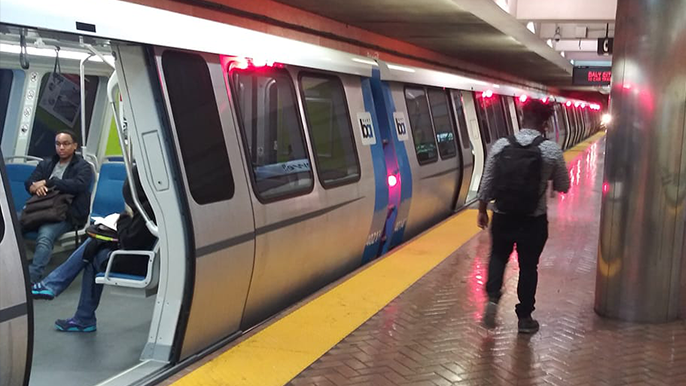 There’s also a new sound: automated station announcements are now in use.

After many delays, only one new 10-car train has begun to run daily. SF Chronicle reports that BART hopes to add five new trains, one for each line, by the end of the year.

The future has FINALLY arrived pic.twitter.com/v3ND141bg8