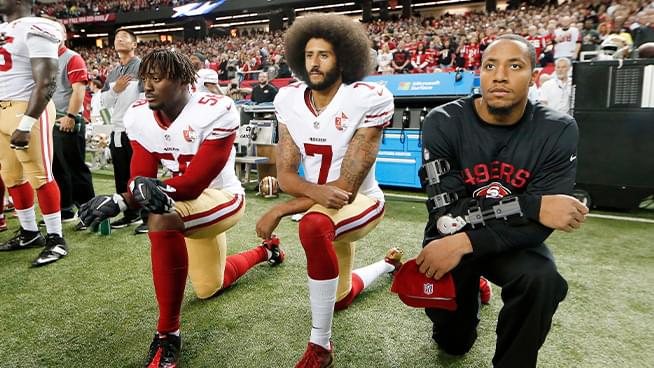 “That’s typical for these types of movements that generate from slogans, they dissipate and burn out. That’s what is happening to the ‘Take a Knee’ movement. You’ll probably be some activity, but nothing of the level that it was initially,”

Sports and society were covered today as we were joined by Dr. Harry Edwards with the San Francisco ’49ers. It appears the “Take a Knee” movement is fading from view. Harry points out that every social concern that gets mainstream media coverage has a life span of about six years. By that time, big names on both sides have spoken out and the cause has been addressed. We also talked about the Niners top draft pick Nick Bosa, who has a history of caustic comments about women, gays, African Americans and even Colin Kaepernick.