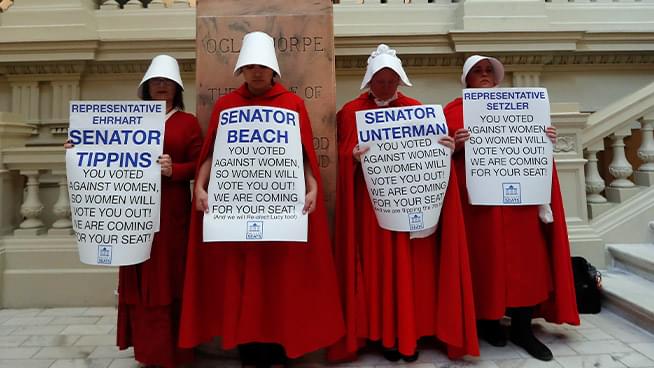 “Georgia maternal mortality rates are the worst in the nation… They are focusing on controlling women’s bodies and choices and banning abortion rather than improving maternal health,”

Alabama’s Senate and House have just passed an anti-abortion bill that is, in my opinion, draconian and disgusting. It essentially bans all abortions in the state, sending doctors who do so to prison for up to 99 years. We talked with Shannon Hovis, California Director of NARAL-Pro Choice America, who pointed out there is no confusion as to why some 30 states have passed or are seriously considering restrictions on abortion:they ultimately want to see Roe v. Wade declared unconstitutional by the Supreme Court.