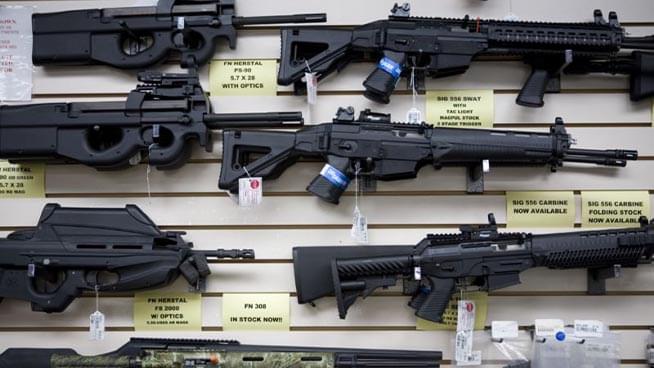 The gun control debate has officially infiltrated the tech world. San Francisco-based tech giant Salesforce has implemented a policy that bars online gun retailers from using their software. “Worldwide, customers may not use a Service to transact online sales of any of the following firearms and/or related accessories to private citizens,” the “Prohibited Action” section of the company’s Acceptable Use and External-Facing Services Policy states, which was updated on April 11, 2019.

One of Salesforce’s leading customers, Camping World, is a retailer of military-style rifles. The pressure is on for Camping World and similar retailers to obey the policy or switch to another software. “The change in Salesforce’s acceptable-use policy shows how a technology giant that is mostly unknown to the public is trying to influence what retailers in America sell and alter the dynamics of a charged social issue,” the Washington Post’s Jay Greene stated in his article.

Greene, who broke the story yesterday morning, joined hosts Chip & Nikki for more information. He dives into how people are reacting to the story. “Most folks don’t understand what Salesforce does. I’ve seen a lot of folks online saying “Let’s boycott Salesforce!”, but if you’re a consumer there is no way to do that. They sell software to businesses and most consumer don’t know what businesses use Salesforce,”  They take your calls.