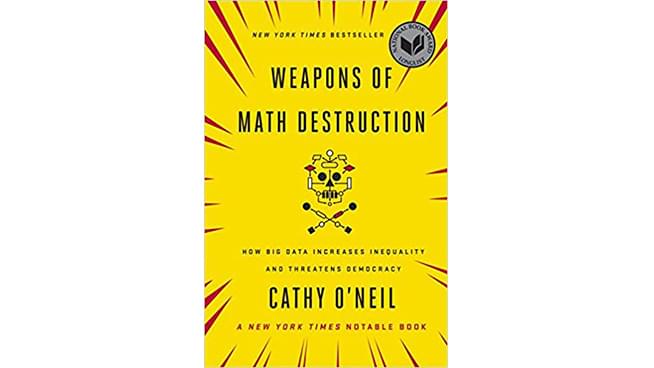 One interview we aired about 18 months ago was with a professor and provocateur, Cathy O’Neill. She had just published her book “Weapons of Math Destruction: How Big Data Increases Inequality and Threatens Democracy”.

Weapons of Math Destruction went on to win or be shortlisted for several awards. But that’s almost beside the point.

Professor O’Neill was once a quant on Wall Street. She was a big data engineer, tasked with helping big corporations make even bigger profits.

She’s what another professor, Scott Galloway, calls a ‘traitor of her class’ – sort of like a 1 percenter saying the rich should be less rich. (And we have a show about that too – the link is in the show notes).

We wanted to bring Professor O’Neill back on to check in on any potential progress when it comes to biases in algorithms, and how that algorithmic data is spun into predictive analytics.

O’Neill and I also discuss her new company that she built to help corporations analyze their own algorithms to see if they have biases, like race or gender, in them and if they are within legal compliance.

Something referred to as corporate hygiene. Spoiler alert: not one health care company has contracted her team yet.

“The Age of Surveillance Capitalism“ by Professor Shoshanna Zuboff

“The Four: The Hidden DNA of Amazon, Apple, Facebook, and Google“ by Professor Scott Galloway

“Is Inequality in America Irreversible?“ by Chuck Collins