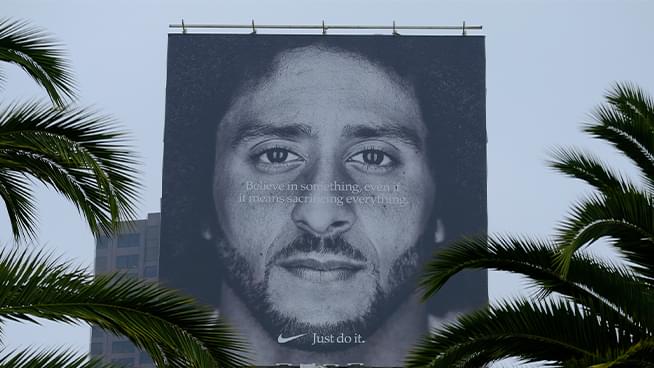 “Dream Crazy“, Nike’s 2018 commercial partnership with former San Francisco 49ers Quarterback Colin Kaepernick has been nominated for an Emmy in the “Outstanding Commerical – 2019” category. This commercial came after Kaepernick took a knee during the National Anthem at 2016 pre-season game, which ensued in an extremely controversial and politically charged conversation surrounding racial injustice. The following year, he didn’t renew his contract with the 49ers and no other NFL teams have picked up him up since then. Kaepernick was then named the face of Nike’s 30th Anniversary “Just Do It” campaign in 2018.

“Don’t ask if your dreams are crazy. Ask if they are crazy enough,” Kaepernick says to the camera, rounding off the sports montage. Nike’s commercial is up against nominees including Netflix’s “A Great Day in Hollywood“, MacBook’s “Behind the Mac – Make Something Wonderful“, Apple’s “Shot on iPhone XS – Don’t Mess With Mother“, and Sandy Hook Promise’s “Point of View“.