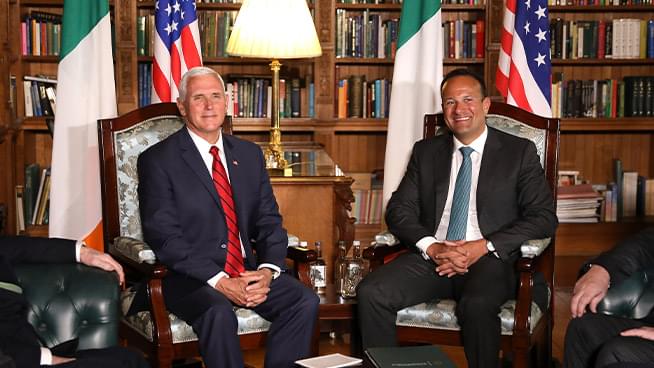 Vice President Mike Pence is staying at Donald Trump’s golf resort in Doonbeg during his visit to Ireland, even though it means flying 140 miles to Dublin for his meetings. Doesn’t this violate the Emoluments Clause in the Constitution? Jordan Libowitz, the Communications Director for CREW (Citizens for Responsibility and Ethics in Washington), weighs in.

When President Obama went to Dublin a few years back, he stayed in Dublin. Of all the places they could find, of the 20,000 hotel rooms in Dublin, none were good enough for him. He needed to stay at the president’s property where the President still makes money from on the other coast of the country. His spokesman said today that the President didn’t force him to, but he did suggest that he stay at his golf course.