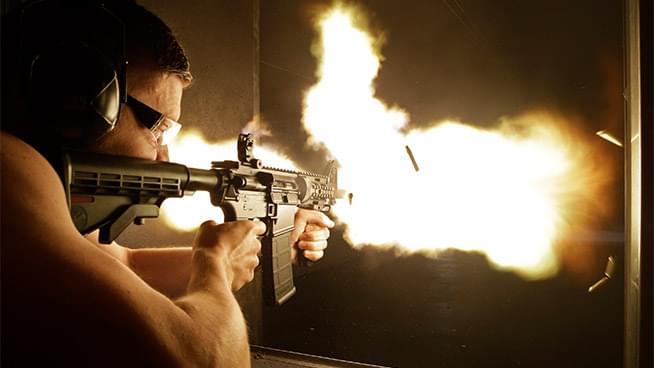 The gun rights lobby is suing San Francisco for declaring the NRA a domestic terrorist organization. Erwin Chemerinsky, the dean at Berkeley Law School, weighs in.

We have to draw a distinction between calling the NRA a domestic terrorist organization and the threat to withhold contracts to those who do business with the NRA. Those are quite different. In terms of the former, calling it a terrorist organization, there is no way that that violates the First Amendment, even though you may not like they’re doing it. Well, you may not like the government speech doctrine, the Supreme Court has said, the government can speak to encourage vaccinations, or to encourage recycling, or to say what can be on its license plates. When the government is the speaker, you can’t challenge its speeches violating Freedom of Speech, Freedom of Assembly, or Freedom of Association. If the city were to deny contracts to those who do business with the NRA, it’s then punishing people for their association, and that would violate the First Amendment. But keep in mind, this was a non-binding resolution. At this stage, no one is being denied any contract and I think what a court would say is to the latter, it’s just not ripe for review at this stage when it’s a non-binding resolution.