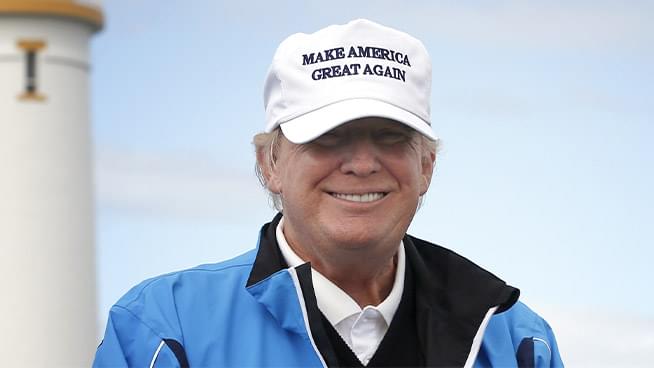 Politico’s Bryan Bender talks about some of the suspicions surrounding Trump’s resort in Scotland.

The Air Force, in response to that has launched a review looking at its practices for stopovers and accommodations to make sure that they’re following the rules. They think they are. In other words, they’re not paying exorbitant prices to stay at the Turnberry. The resort has been offering a cut rate for the military and other government personnel, including State Department personnel who stayed there. I think the reason why this is interesting is because it’s part of a much broader investigation that the House Oversight and Government Reform Committee has been engaged in now since April. That was one of the other things that we learned late last week. When we learned about these airports flights, we also learned about this much broader investigation that’s been underway about not just the Pentagon, but other government agencies enriching the President’s private businesses. The Air Force cases sort of the latest in a series of questions that have arisen about government spending in Trump properties.