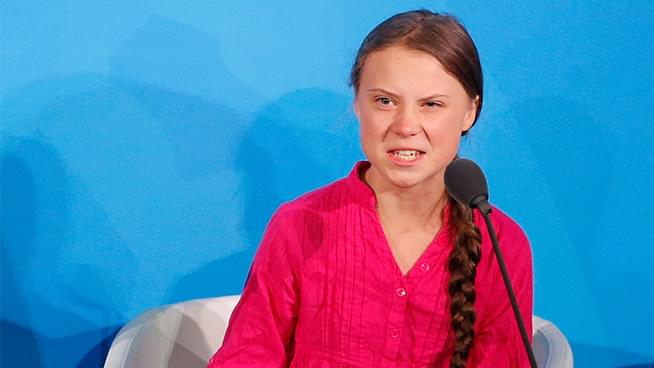 “Right here, right now is where we draw the line. The world is waking up. And change is coming, whether you like it or not.”

Yesterday, the Climate Action Summit was held at the United Nations General Assembly at the UN headquarters in New York. Greta Thunberg, the 16-year-old climate change activist from Sweden, gave a fiery speech reprimanding world leaders for their lack of action to make change. Watch part of her speech below and listen to John Rothmann’s discussion of it.

”People are suffering, people are dying, entire ecosystems are collapsing. We are in the beginning of a mass extinction and all you can talk about is money and fairytales of eternal economic growth.” Watch Greta Thunberg speak at the UN Monday morning. https://t.co/Akkxm9sXdr pic.twitter.com/ahHKlhbYaE