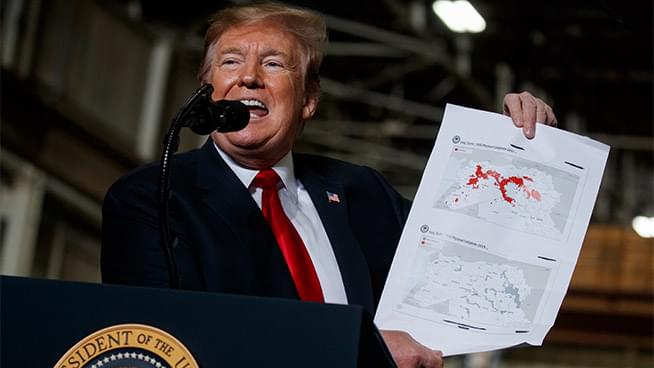 This latest chapter of the Syrian horror story follows a White House announcement late Sunday night that President Trump was, in effect, leaving the border unprotected in the face of a possible Turkish attack, despite repeated U.S. pledges over the past three months that the United States would seek to forestall such an assault if the Kurds pulled back troops and heavy weapons from the border zone.

Will the Whistleblower Be Heard?

House Democrats are weighing extraordinary steps to secure testimony from a whistleblower whose complaint prompted their impeachment inquiry, masking his identity to prevent President Trump’s congressional allies from exposing the individual, according to three officials familiar with the deliberations.

Did He Or Didn’t He?

Is asking a foreign government for help against the law?