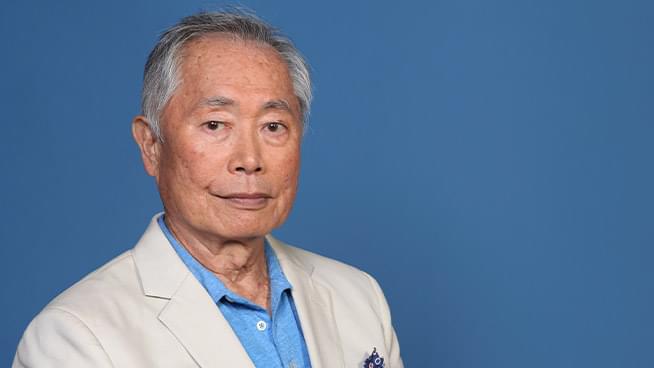 Chip and Nikki talk to actor and author George Takei about his family’s time in Japanese internment camps during WW2, George’s activism, and the role social media has played in giving him a platform to connect with new generations of Americans. His new book, They Called Us Enemy is available now.

I was five years old when the soldiers came to our home to order us out of our own home at gunpoint. It was a terrifying morning. From there, we were taken to the horse stables at Santa Anita Racetrack and assigned a horse stall to sleep in because the camp was still being built. So it was to be our temporary home. A smelly horse, though, still pungent with the stink of horse manure. That’s where we were for about three or four months. After that, we were loaded onto trains with armed guards and transported two thirds of the way across the country, and plunked down in the middle of the swamps of southeastern Arkansas. But I was five-year-old with Southern Californian kid at that time, and my parents told me that we were going on a long vacation. I must say, that to tell the truth of my childhood, being in the middle of the swamp in Arkansas was a magical adventure.

There was a parallel story. In They Called Us Enemy, we’re targeting the youth readership of teenagers and young adults, and making it accessible, it’s a graphic memoir. I introduced them to the other parallel story that was happening: the harrowing a experience for my parents, who had everything taken away from them.

Listen to the full interview below.