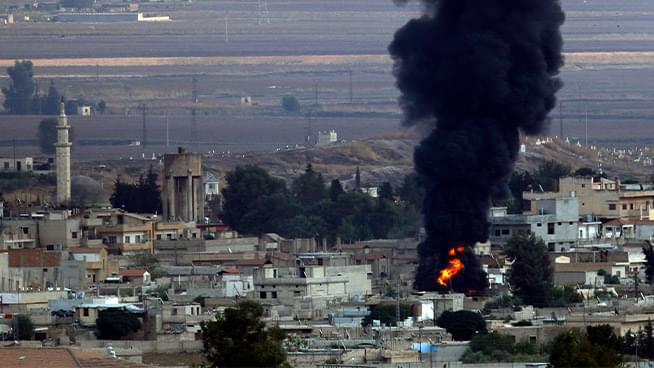 Nikki Medoro talks to former CIA operative Dan Gabriel about how he sees the future of Syria.

There is very few things in DC in 2019 that will unite the city. I think this move by President Trump is one of them and maybe the Washington Nationals are the other. Mosul is a microcosm of the modern Middle East and one of the messages that we try to get out and film is the danger of taking your attention off of that part of the world. Specifically, the ideology that we see, essentially incarnate in Mosul that’s established, this rule of ISIS that expanded across about a third of Iraq and almost two thirds of Syria. That’s the context that we have to look at the President’s recent decision in. I think Mayor Pete there has it as it right. It’s a false, it’s a false choice to say that we either have to leave, or we have to stay for 1000 years.