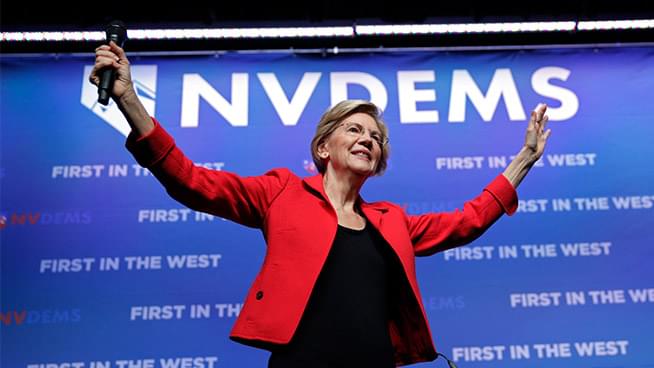 Warren, in the past, when she ran two campaigns for Senate, she did very traditional fundraising, which includes small dollar donors and these big donors. This year, as you’ve pointed out, she’s kind of pivoted and her campaign and said, “I’m not going to hold any closed door fundraisers and big donors get no special access to me”, but what we reported on in today’s story is that Warren actually still has two co-finance chairs for her campaign who are doing some of that for her. So big donors don’t get any special access to Warren, like she pledged, but there are two people who play that role. They’ve taken donors on trips to Warren events, they provide them with information on the campaign, they host events, they do a lot of kind of this fundraising-like role that would be a lot bigger if Warren had embraced this as part of her campaign. But they’re trying to maintain some of those ties quietly during this campaign season.