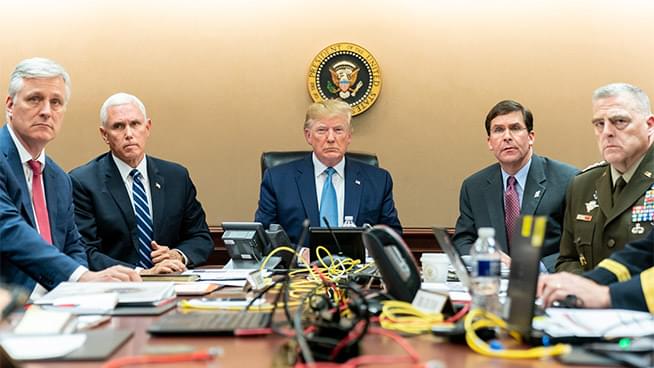 Former Navy Seal Clint Emerson author of The Right Kind of Crazy shares his thoughts on the raid that ultimately killed ISIS leader al-Baghdadi and the reemergence of ISIS on Syria.

A dead, bad guy is always a good, dead guy, you know? Whether it’s a leader, a logistics guy, a financier, a bombmaker… across the board, when they’re dead, that’s a good day. Now will another head spawn? Of course. Terrorism has been around for hundreds of years. It’s not going anywhere anytime soon. You can count on there being a ramp-up of attacks probably, but that’s normal anytime you take out any aspect of their chain of command.

Catch the full interview below.