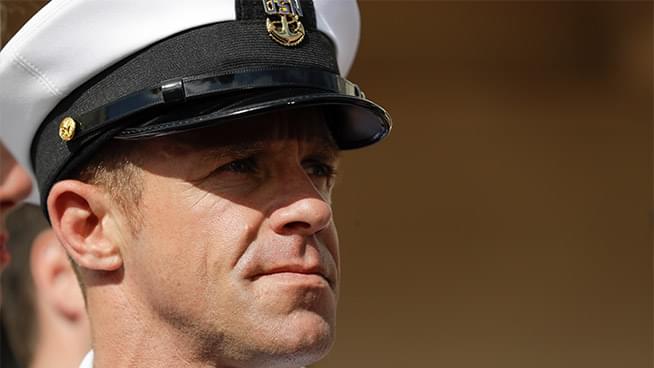 The President made very clear with a series of tweets starting last week and into yesterday, that he did not want Eddie Gallagher, the Navy SEAL, who was convicted of one count at least of conduct unbecoming, for posing with the corpse of an ISIS fighter who was in his custody. The President did not not want him to be reduced in rank and be kicked out of the SEALs effectively… What he did was, in a sense, circumvented the normal Navy process that was supposed to take place whereby at least five SEALs would perform a panel and decide if they thought that Gallagher’s conduct was not in keeping with their ideas of valor enough to where the Navy SEALs Trident Pin. The President made clear that he wanted Gallagher to be able to retire as a Navy SEAL. That’s what ended up happening.