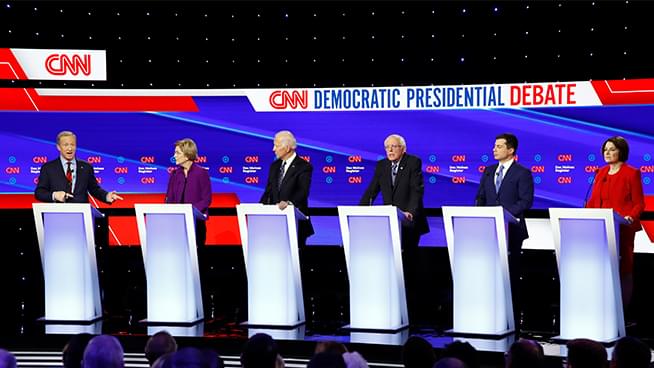 “The interesting thing was the unexpected lack of fireworks,”

Last night’s Democratic Primary Debate was good in substance, but with the exception of Warren and Sanders, relatively low on confrontation. Ronn Owens talked with Gary Dietrich, our KGO Political Analyst, about who, if any, candidate stood out. They also discussed Van Jones’ comment that, based on last night’s performance, none of the six participants could defeat President Trump.