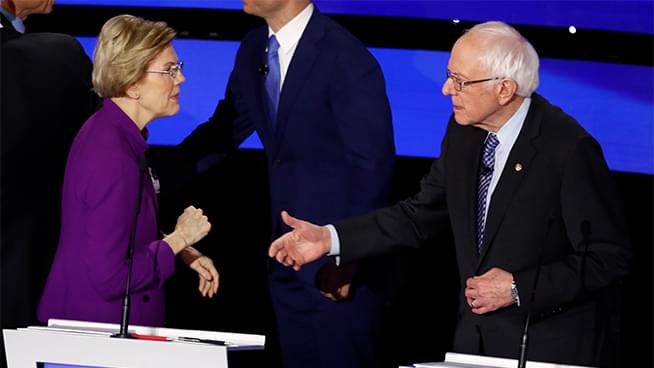 CNN was able to capture the video and then sound of the acrimonious minute after the Democratic debate when Elizabeth Warren said: “I think you called me a liar on national television,” to Bernie Sanders. Ronn Owens talked about that and the debate itself with CNN’s Senior Political Analyst and Anchor, John Avlon.