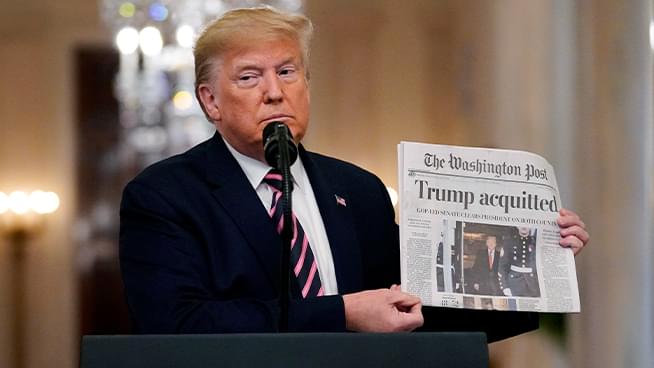 President Trump celebrated his Senate acquittal Thursday at a White House event that stretched more than an hour, expressing no contrition and calling Democratic leaders “vicious and mean” while portraying his impeachment as the continuation of scrutiny he has faced since he announced his run for the presidency in 2015.