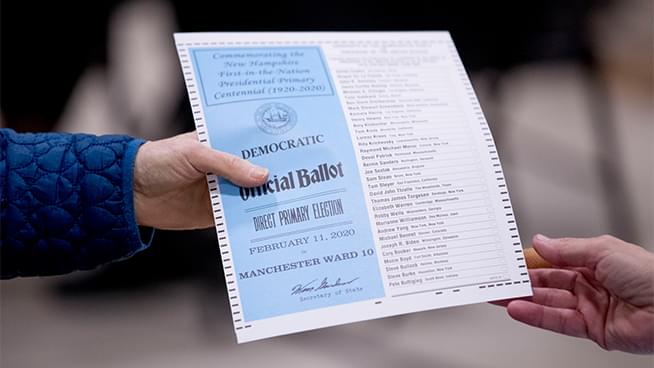 For the first time, actual votes are being cast today as voters in New Hampshire go to the polls in the nation’s traditional first Primary election. Ronn Owens talked with Mark Curtis, National Political Director for Patch White House, discussing what a win by Bernie Sanders, who is leading the polls, would mean for party, the irony of voters in a relatively all-white state having so much importance with a party which prides itself on diversity, and Michael Bloomberg’s 15% third-place standing nationally in the Quinnipiac poll.