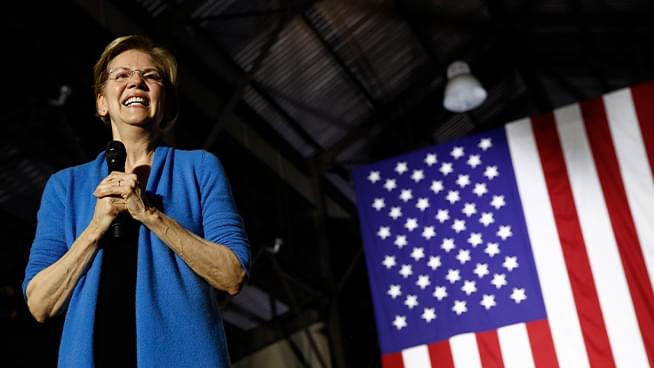 In an official statement from Warren’s team, Roger Lau said, “There’s a lot at stake for this country and the millions of people who are falling further and further behind. This decision is in her hands, and it’s important that she has the time and space to consider what comes next.”

After failing to reach campaign goals Warren explained, “I am suspending my campaign for President. I say this with a deep sense of gratitude…for every single person who moved just a little in their notion of what the President of the United States should look like”.

Warren continued to express her own despair in regards to all of the young women looking up to her stating, “One of the hardest part of this is all those pinky promises and all those little girls who are going to have to wait four more years.”

In addition, she sent out a tweet summarizing her campaign, as seen below.

Our work continues, the fight goes on, and big dreams never die. From the bottom of my heart, thank you. https://t.co/28kyKe777L

The fight for the next president continues as Joe Biden is currently ahead of Bernie Sanders. Both Biden and Sanders tweeted messages congratulating Warren on her great run, however she has not publicly endorsed either candidate yet.

Next Tuesday, March 10th, Idaho, Michigan, Mississippi, Missouri, North Dakota and Washington will hold primaries and may reveal who will take the lead for the Democratic nominee. There will be more primary elections to follow in March and April as we begin the countdown to November.