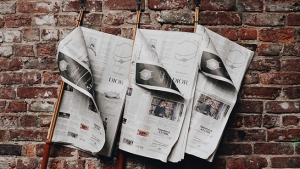 Americans to Get a Stimulus Check

President Donald Trump wants the government to send checks to Americans in the next two weeks in an effort to curb the economic cost of the coronavirus pandemic, Treasury Secretary Steven Mnuchin said Tuesday.

“The president has instructed me we have to do this now,” he said at the White House briefing. He didn’t give details except to say the amount should be significant and millionaires would not get it. The proposal requires approval from Congress.

“We want to make sure Americans get money in their pockets quickly,” Mnuchin said.

The White House on Tuesday was asking Congress to approve a massive emergency rescue package to help businesses as well as taxpayers cope with the economic crisis that is paired with the pandemic.

Mnuchin planned to outline that roughly $850 billion package to Senate Republicans at a private lunch, with officials aiming to have Congress approve it this week. Senate Majority Leader Mitch McConnell has promised swift action.

Amazon, in an attempt to fill its warehouses with toilet paper, hand sanitizer and other items in high demand, said Tuesday that it will limit what suppliers can send to its warehouses for the next three weeks.

Among the items that suppliers and third-party sellers can ship to Amazon include canned beans, diapers, dog food, disinfecting wipes, medical supplies and household goods. Items like jeans, phone cases and other non-essentials will not be allowed.

Suppliers and third-party sellers send their products to Amazon’s warehouses to store until a shopper goes online and clicks buy. Amazon then packs up the products and ships it to customers.

Amazon said the new restrictions will last until April 5. It applies to large vendors as well as third-party sellers, who list items to sell on Amazon.com directly.

A week before Ohio recorded any coronavirus cases, Gov. Mike DeWine delivered his first warning, banning spectators from an international fitness and bodybuilding festival that brings in more than $50 million for the state’s largest city.

Organizers of the annual Arnold Sports Festival in Columbus pushed back, and critics called DeWine an alarmist, but he didn’t budge. In the following week, he was the first governor to shut down schools statewide and also moved to keep fans away from the NCAA men’s basketball tournament first-round games in Ohio, along with NBA and NHL games in the state, before the organizations all canceled or postponed their seasons.

His latest moves: ordering all bars and restaurants to stop serving dine-in customers and effectively shutting down the state’s presidential primary Tuesday by first going to the courts and then having the state’s health director declare a health emergency.

Now the Republican’s early directives to restrict the movements of residents are being proved prophetic, and many other governors are following his lead while trying to temper the spread of COVID-19, the disease caused by the coronavirus that has infected more than 183,000 people worldwide and killed more than 7,100.

The Kentucky Derby was postponed until September on Tuesday, the latest rite of spring in sports to be struck by the new coronavirus along with the Masters, March Madness and baseball season.

The Derby, America’s longest continuously held sports event, had been scheduled for May 2. It will now be run Sept. 5, kicking off Labor Day weekend.

Maryland Governor Larry Hogan says the Preakness Stakes, the 2nd race of the triple Crown will also be held in September, but a date has not been announced. In New York, the Belmont Stakes organizers haven’t announced what the plans are as of yet.

U.S. movie theaters have closed nationwide due to the coronavirus pandemic, turning dark nearly all of the country’s 40,000-plus screens in an unprecedented shutdown.

AMC said the latest guidelines made movie theater operations “essentially impossible.” It said it would close all locations in the U.S. for at least six to 12 weeks. Regal, the second largest chain, said Monday that its theaters would close until further notice.

With movie theaters locked down for the foreseeable future, some studios took the extraordinary step of funneling new or recently released films onto home viewing platforms. Universal Pictures said Monday it will make its current and upcoming films available for on-demand rental, becoming the first major studio to break the traditional theatrical window of 90 days due to the pandemic.

The studio said it will put movies currently in theaters — “Invisible Man,” “The Hunt,” “Emma”— up for rental as early as Friday. It also said that “Trolls World Tour,” one of the only major releases left on the April calendar, will debut in theaters and on-demand services simultaneously. A 48-hour rental will cost $19.99.

The Rolling Stones Postpone Tour Due to Coronavirus

The Rolling Stones are postponing its 15-city North American tour because of the growing coronavirus outbreak. The band announced Tuesday that its No Filter Tour, originally expected to kick off in San Diego on May 8, will no longer take place.

Governments and central banks are scrambling to find ways to keep businesses from going bankrupt as the virus outbreak grinds the world economy to a halt. A day after Wall Street endured its worst daily drop since the crash of 1987, markets were somewhat more stable in European trading hours.

But volatility is huge as investors try to understand what will happen to the economy as business and travel is put on lock down around the world. France is pledging $50 billion in aid for small businesses hurt by the spreading virus. Volkswagen will close most of its plants for two weeks.

Shares have reversed early losses in major Asian markets after the U.S. stock market plunged to its worst day in more than three decades. Shares rose in Hong Kong, Tokyo, Sydney and Bangkok but fell in other regional markets.  Monday’s 12% drop for the S&P 500 came as voices from Wall Street to the White House said the coronavirus may be dragging the economy into a recession. Huge swaths of many economies are coming close to a standstill as businesses and travel shut down.  The Dow and S&P futures were both up in overnight trading.

President Trump told Americans on Monday to avoid groups of 10 or more and refrain from eating in restaurants, marking what may be his most serious acknowledgement yet of the threat posed to the United States by the new coronavirus.

As millions of students stayed home from school, businesses and offices shut their doors and daily life came to a halt, Trump suggested at a news conference that the outbreak could last until July or August — just one day after he said the virus was under control.

As of late on Monday, more than 4,400 cases of the virus had been reported nationwide, including at least one patient in 49 states and the District of Columbia. At least 89 deaths had been confirmed, according to a Washington Post tally.

South Korea reported 84 new cases of coronavirus on Tuesday, a relatively small number compared with earlier in its massive outbreak, adding to signs that the country — among the hardest hit initially — may be headed toward recovery.

Two people also died in the past day, bringing the country’s total death toll to 81, according to the Korea Centers for Disease Control and Prevention.

Concern arose in recent days as new clusters were identified in the capital, Seoul, but the overall number of cases appears to be slowing down after sweeping government testing measures and controversial public tracking of confirmed patients’ movements.

Democrats Push for $750 Billion Dollars in Relief for Americans

Congressional lawmakers and administration officials are pushing for a massive economic lifeline to keep American households and businesses afloat in spite of the weight of the new coronavirus. Democrats say at least $750 billion will be needed. And top White House officials briefing Senate Republicans at the Capitol say a similar-sized package needs to pass, some suggesting in a matter of days. The rush to inject cash and resources into the economy is an effort unlike any since the 2008 economic crisis. Treasury Secretary Steven Mnuchin is expected to meet Tuesday with Senate Republicans to launch the effort.

Voters in Four – no, Make That Three – States Head to the Polls Today

The Democratic presidential primary is consumed with uncertainty after leaders in Ohio called off Tuesday’s election just hours before polls were set to open to combat the new coronavirus. Not since New York City postponed its mayoral primary on the day of the Sept. 11, 2001, attacks has an election been pushed off in such a high profile, far-reaching way. Ohio Gov. Mike DeWine said late Monday that the state’s health director will declare a health emergency and order the polls closed. Elections officials in Arizona, Illinois and Florida said they were moving forward with plans to vote.

New Zealand will deport two visitors who entered the country from Southeast Asia and failed to follow orders to self-quarantine, local media reported Tuesday. Almost all visitors entering New Zealand from abroad are required to self-isolate for 14 days following their entry into the country. Immigration official Stephen Vaughan called the tourists’ behavior “completely irresponsible” and said it “will not be tolerated.”

Vaughan said the two people are currently being held in forced quarantine and if they do not leave the country after that time they will be detained.

Berlin Closes its Brothels in the Name of Public Health

Sex for sale has long been a staple part of Berlin’s freewheeling nightlife, but amid concerns over the new coronavirus even the world’s supposedly oldest profession is being hit by a sudden slump. The German capital has registered 332 confirmed cases of COVID-19 so far and several dozen infections have been traced to bars and clubs. Berlin authorities have ordered the temporary closure of all entertainment venues, including brothels. But with more than two-thirds of sex workers unregistered, it wasn’t immediately clear how and whether this would be effective in stopping that avenue of possible transmission. Meanwhile, industry insiders say sex workers face ruin if the lockdown lasts more than a few weeks.

The NBC variety series, which was scheduled to return from hiatus on March 28, will not resume production until further notice, the network said on Monday.  It’s unclear if the show will return since there were only six episodes left this season, the show’s 45th on air.  An NBC spokesperson confirmed that the show will monitor the situation closely and make decisions on a week-to-week basis.

“SNL” joins a slew of late night and daytime shows that have suspended their broadcasts in the past week because of the coronavirus outbreak.  Everything from “The Late Show with Stephen Colbert” to “The Wendy Williams Show” to “Watch What Happens Live with Andy Cohen” has been put on hold.