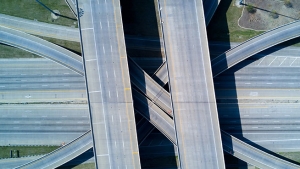 Stocks sank 7% on Wall Street Wednesday, triggering another temporary halt to trading and wiping out the optimism and big gains sparked the prior day by Washington’s promises for massive aid for the economy.

Markets have been incredibly volatile for weeks as Wall Street and the White House acknowledge the rising likelihood that the coronavirus outbreak will cause a recession. The typical day this month has seen the stock market swing up or down by 4.9%. Over the last decade, it was just 0.4%.

The Dow Jones Industrial Average has lost all its gains since President Donald Trump’s inauguration. The S&P 500, which dictates how 401(k) accounts perform much more than the Dow, is down more than 30% from its record set last month.

Managing dual health and economic crises, President Donald Trump announced Wednesday that he will invoke emergency powers that allow the government to marshal the private sector in response to the coronavirus pandemic.

Trump said he is employing the Defense Production Act “in case we need it” as the government bolsters resources for an expected surge in cases of the virus.

Trump also said he will expand the nation’s testing capacity and deploy a Navy hospital ship to New York City, which is rapidly becoming the epicenter of a pandemic that has rattled the U.S. economy and rewritten the rules of American society. A second ship will be deployed to the West Coast.

The president also said the Housing and Urban Development Department will suspend foreclosures and evictions through April as a growing number of Americans face losing jobs and missing rent and mortgage payments.

The Treasury Department said Wednesday it wants to dedicate $500 billion to start issuing direct payments to Americans by early next month as the centerpiece of a $1 trillion plan to stabilize the economy as the coronavirus epidemic threatens a body slam to taxpayers and businesses.

In a memorandum, Treasury proposed two $250 billion cash infusions to individuals: A first set of checks issued starting April 6, with a second wave in mid-May. The amounts would depend on income and family size.

The Treasury plan, which requires approval by Congress, also recommends $50 billion to stabilize the airlines, $150 billion to issue loan guarantees to other struggling sectors, and $300 billion to for small businesses. The plan appears to anticipate that some of the loans would not be repaid.

Saying having people stand in line to vote is too risky right now, Alabama Gov. Kay Ivey said the runoff is being rescheduled to July 14. The winner will face U.S. Sen. Doug Jones in November.

Five other states also have postponed their primaries because of the coronavirus pandemic: Georgia, Kentucky, Louisiana, Maryland and Ohio.

Sessions has been forced into a tight primary runoff as he seeks to recapture the Senate seat he held for 20 years. Tuberville led in the initial round, taking 33% of the vote to Sessions’ 31%.

Sessions is seeking to reclaim the Senate seat he held for 20 years before becoming President Donald Trump’s first attorney general.

The United States and Canada have agreed to temporarily close their shared border to nonessential travel due to the coronavirus pandemic, President Donald Trump announced Wednesday, and his administration is considering turning back all people who cross illegally from Mexico into the U.S., two administration officials said.

Trump tweeted that the restrictions on the Canadian border will not affect the flow of trade between the countries, which are eager to maintain their vital economic relationship. Canada relies on the U.S. for 75% of its exports and about 18% of American exports go to Canada.

Canadian Prime Minister Justin Trudeau said travelers will no longer be able permitted to cross the border for recreation or tourism, but that essential travel will continue.

US Nursing Homes Warn of Looming Shortage of Masks and Gowns

A nursing home industry group is warning that many facilities risk running out of protective masks and gowns for staff by next week and at least one already had to resort to using plastic garbage bags to make gowns to protect staff against the coronavirus.

Detroit’s three automakers have agreed to close all of their factories due to worker fears about the coronavirus, two people briefed on the matter said Wednesday.

Ford and General Motors confirmed in statements Wednesday that all North American factories will close temporarily.

Ford said its plants will shut down after Thursday evening shifts, through March 30, while GM said it will begin a “systematic orderly suspension” of production through at least March 30.

Operations will be evaluated weekly after that. Messages were left seeking comment from Fiat Chrysler. The people speaking about the closures didn’t want to be identified because formal announcements had not yet been made.

Major Asian stock markets have fallen back after Wall Street rallied on President Donald Trump’s promise to prop up the economy through the coronavirus outbreak. The White House’s proposal could approach $1 trillion.  A growing number of investors sees a U.S. recession as likely if not already here. The Federal Reserve also announced its latest emergency move to get markets running more smoothly. Analysts say the measures are a good start but investors need to see the number of infections slow before markets can find a bottom. On Wall Street, Dow and S&P futures moved lower once again overnight Wednesday morning.

All 50 States now Have Virus Cases: West Virginia the Last

All 50 states now have confirmed cases of the new coronavirus as West Virginia’s governor announced the first positive test in his state. Gov. Jim Justice said Tuesday evening that the person with the virus is in the state’s Eastern Panhandle, a region close to Washington, D.C. Justice used a televised address to announce new restrictions, ordering bars, restaurants and casinos to close with the exception of carry-out food services.

With the coronavirus spreading at an alarming rate, California is preparing to deal with worst-case scenarios that could overwhelm hospitals and drain the state’s spending reserves. Gov. Gavin Newsom said Tuesday that he is putting the California National Guard on alert for duties such as ensuring food distribution. Newsom also says the state is negotiating with about 900 hotels to acquire tens of thousands of rooms that could be used for hospital patients and for the homeless. With many school districts closing classrooms, the governor says it’s likely “few if any” schools will reopen before summer break.

COVID-19 has taken the most severe toll on people over the age of 60, but to contain its spread, health officials are turning to a much younger group: millennials.

In a public service announcement Tuesday, Surgeon General Jerome Adams urged members of the demographic group, who fall between the ages of 23 and 39, to avoid gatherings of 10 or more people.

Over the weekend, throngs of mostly young people swarmed bars and beaches at party spots around the country, seemingly unconcerned about the pandemic.  Those scenes also reflect a demographic reality that may be instrumental in combating the spread. In every major U.S. city, millennials make up the largest segment of the population — about 22 percent.

United Airlines will cut flights by 60 percent, as the airline industry struggles with the coronavirus outbreak that has limited demand for travel worldwide amid widening quarantine measures and fears of contagion.

Flights in the United States and Canada will be cut by 42 percent and international flights will be cut by 85 percent, the airline said in a statement late Tuesday.

The statement said that it does not currently plan to suspend service to any cities in the United States other than Mammoth Lakes, Calif., but that the company is, “Closely monitoring demand as well as changes in state and local curfews and government restrictions across the U.S. and will adjust its schedule accordingly throughout the month.”

Switching Remaining Primaries to Vote-by-Mail not so Easy

The head of the Democratic National Committee and several voting rights groups are calling on states to mail ballots to all voters to keep remaining primaries running as the coronavirus pandemic is keeping millions of Americans at home. But making such a major voting change so quickly would not be so easy. In some states, it could require changes to laws. Some lawmakers worry that if done hastily, the change could open the door to voter fraud.

Grocers big and small are hiring more workers, paying overtime and limiting purchases on certain high demand items as they scramble to restock shelves that have been wiped out by panic shopping.

Amazon said Tuesday that it will only accept shipments from suppliers of cleaning equipment, medical supplies and household goods at its warehouses for the next three weeks to fill surging demand. It is hiring 100,000 people  across the U.S. to keep up with a crush of orders as more people stay at home and shop online. It will also temporarily raise pay by $2 an hour through the end of April for hourly employees.

Many grocers are also limiting purchases of products like Purell sanitizers, Lysol cleaning spray and canned soup so that there is enough to go around. And companies like Walmart, Target and Wegman’s are curbing store hours for the public in order to give workers time to restock shelves.

Get out of Jail? Inmates Fearful of Virus Argue for Release

Coronavirus has become a “get out of jail” card for hundreds of low-level inmates across the country. And even hard-timers are seeking their freedom with the argument that it’s not a matter of if but when the deadly illness sweeps through tightly packed populations behind bars. Among those making pleas for compassionate release or home detention are the 81-year-old former head of the Cali drug cartel, Ponzi swindler Bernard Madoff, President Trump’s former attorney Michael Cohen and dozens of inmates at New York City’s Rikers Island, part of a jail system that lost a worker to the virus this week.

Kevin Durant is one of four Brooklyn Nets players to have tested positive for the new coronavirus, bringing the total to seven known players in the NBA. Durant told The Athletic, “Everyone be careful, take care of yourself and quarantine. We’re going to get through this.”

In other sports news involving the outbreak:

– The Ottawa Senators say one of their players has tested positive for COVID-19, has mild symptoms and is in isolation.  He is the first confirmed case in the NHL.

– The U.S. Tennis Association says it is considering “the possibility” of postponing the U.S. Open because of the coronavirus pandemic. What is usually the last Grand Slam tennis tournament each year is currently scheduled for Aug. 31 to Sept. 13 in New York.

– The French Open has been postponed because of the coronavirus pandemic. It is the first Grand Slam tennis tournament affected by the COVID-19 outbreak. The clay-court tournament will be played from Sept. 20 to Oct. 4. The main draw was originally scheduled to begin in Paris on May 24.

– NASCAR has vowed to reschedule the seven Cup Series events already postponed due to the COVID-19 pandemic. Figuring out how to cram the events and the All-Star race into the crowded 36-race schedule is potentially difficult. NASCAR President Steve Phelps says he wants the postponed races rescheduled before the playoffs begin in September.