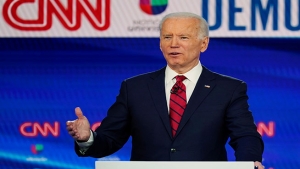 Last night saw Joe Biden winning all three primary states. Not really a surprise, since his campaign has taken on the aura of a steamroller since South Carolina. Ronn Owen believes Bernie Sanders should keep his word by endorsing Biden and let the Democratic party be somewhat united as they face President Donald Trump in November.

Today’s report zeroed in on the next question for Biden: whom will he choose to be his VP? Ronn discussed the two most-mentioned possibilities: Kamala Harris and Stacey Abrams.