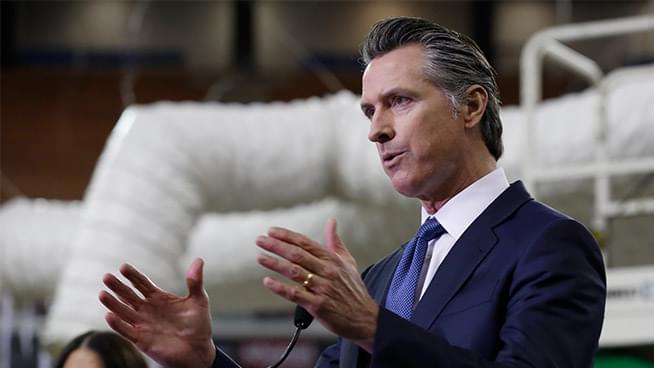 Today, during Governor Gavin Newsom’s press conference he announced that California is starting to create protocols in hospitals to decontaminate used N95 masks with a newly FDA approved technique.

The Food and Drug Administration says there is a company in Ohio, Battelle, that is capable of processing up to 80,000 masks per machine, per day and can make N95 masks reusable without degrading its performance.

We issued a new authorization this evening to @Battelle for their decontamination system. @US_FDA staff have been working nonstop across gov and with the private sector to deliver solutions to the American public.

Newsom explained the protocol is a, “System…that allows us to reuse N95 masks by basically creating a process where we sterilize these masks, so we can utilize them upwards of 20 times.”

According to Newsom, other state governors are “quite favorable” of this plan because they are working to increase medical supplies instead of taking away a limited number of supplies. The government is already working with hospitals to create a protocol so they do not throw out the previously used masks and they can instead begin sending them to a sanitation facility to be cleaned and returned to medical staff.

The LA Times reported that out of 41.4 million N95 masks distributed across the state thus far, only one million have come from the federal government.

After not receiving enough personal protective equipment from the federal government, Gavin Newsom decided to take matters in his own hands. When speaking to MSNBC host Rachel Maddow on Tuesday night Newsom stated, “We’ve been competing against other states, against other nations, against our own federal government for PPE – overalls, masks, shields, N95 masks – and we’re not waiting around any longer.”

As seen in a statement from the Newsom’s Department of Finance, California will spend $990 million of the states funds on PPE for medical workers. While communicating via twitter, Newsom said, “We decided to use our purchasing power and have sourced upwards of 200 million medical masks. In the coming weeks, we”ll see those supplies coming to CA from a variety of sources.”

Watch his full press conference below.