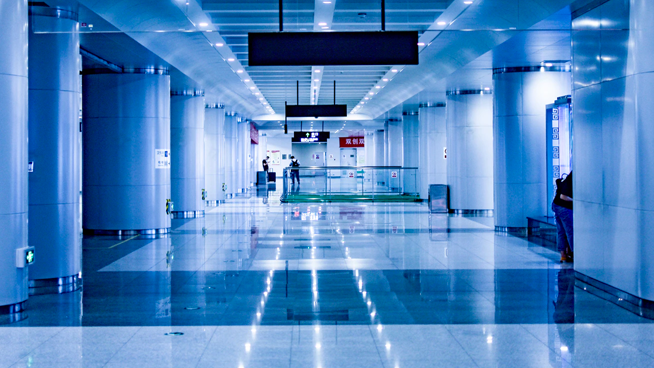 Hogan, Cuomo call for additional $500B in aid to states

Governors Larry Hogan of Maryland and Andrew Cuomo of New York issued a bipartisan call Saturday for an additional $500 billion in federal aid for U.S. states and territories dealing with the coronavirus.

Hogan is chairman of the National Governors Association and Cuomo is the vice chair. The two said in a statement Saturday morning that implementing stay-at-home orders and other public health measures have “resulted in catastrophic damage to state economies.”

They said without at least $500 billion from the federal government, states might have to significantly reduce important services.

They also called on Congress to amend the recently passed CARES Act to allow existing federal funding to be used not only for coronavirus expenses but to offset lost revenue.

President Donald Trump is taking a cautious position on when to reopen the country. That’s even though White House officials are pointing to hopeful signs that the spread of the coronavirus could be slowing.  Trump insisted Friday he would not move to reopen the country until it is safe.

He also said he will launch what he dubbed the “Opening our Country” task force on Tuesday to work toward that goal. Trump has been itching to reopen the country.

But that has drawn alarms from health experts who warn that doing so too quickly could spark a deadly resurgence that could undermine current distancing efforts.

As U.S. health officials anticipated an imminent peak in daily deaths from the novel coronavirus, the number of people confirmed dead in a single day topped 2,000 for the first time Friday.

Nationwide, there were 2,056 new deaths reported. The previous high was 1,936 on Wednesday. At least 1,000 new deaths have been recorded per day since April 2.

Across the United States, at least 18,545 people have now died of the virus, based on state reports and data compiled by The Washington Post.

Trial of a possible COVID-19 treatment drug has hopeful results

A majority of a small group of patients showed improvements after being treated with an experimental coronavirus drug made by Gilead Sciences, bolstering hopes for finding a treatment for the disease, according to a study published in the New England Journal of Medicine on Friday.

The group of patients received the antiviral drug remdesivir as part of a “compassionate use” trial, not a double-blind, placebo-controlled trial that would offer more definitive evidence. Also, the cohort of patients was small, only 53 patients in the United States and around the world. Those limiting factors prevent scientists from declaring that the drug works.

Still, the improvements offered positive news.  Thirty-six patients out of 53 — or about two-thirds — showed improvement in oxygen support, trial authors said. Seventeen of 30 patients who were on ventilators were able to be taken off the life-support machines.

US death toll overtakes Italy’s as the Midwest braces

The U.S. has overtaken Italy for the highest death toll in the world from the coronavirus, as Chicago and other cities across the Midwest brace for a potential surge in victims and moved to snuff out smoldering hot spots of contagion before they erupt. With the New York metropolitan still deep in crisis, fear is mounting over the spread of the virus into the nation’s heartland.

Twenty-four residents of an Indiana nursing home hit by COVID-19 have died. Chicago’s Cook County has set up a temporary morgue that can take more than 2,000 bodies. And Chicago Mayor Lori Lightfoot has been going around telling groups of people to “break it up.”

Italy has topped 19,000 deaths and 150,000 cases of the coronavirus. The milestones were hit Saturday, even as the country continued to see a slight decrease in numbers of people hospitalized and in intensive care.

Officials have been warning Italians not to keep their guard down even if the number of new cases and deaths is narrowing, especially on the Easter holiday weekend when many are tempted to go to the countryside or seashore.

Police checkpoints were set up around major arteries in Milan, the capital of the hardest-hit region of Lombardy – with 38% of all cases and more than half of all deaths.

An investigator says the death toll tied to a coronavirus outbreak at a Cedar Rapids, Iowa, nursing home has risen to 14.

Alisha Weber, the lead investigator for the Linn County Medical Examiner’s Office, told The Associated Press that as far as she knows, all 14 people who died after contracting COVID-19 at Heritage Specialty Care were residents of the home.

Iowa’s total number of COVID-19 cases rose to 1,510 on Saturday, an increase of 122 that was in line with the two previous days. The state’s death toll rose by three, to 34.

The office of British Prime Minister Boris Johnson says he “continues to make very good progress” in a London hospital after contracting COVID-19.

The 55-year-old Johnson was diagnosed with COVID-19 more than two weeks ago, becoming the first world leader confirmed to have the illness. His office has said he’s taken “short walks” between periods of rest and had spoken to his doctors to thank them “for the incredible care he has received.”

His coronavirus symptoms at first were mild, including a cough and a fever. He was admitted to St. Thomas’ Hospital on Sunday after his condition worsened. He was transferred to the intensive care unit the following day where he received oxygen but was not put onto a ventilator.

He spent three nights there before moving back to a regular ward on Thursday night.

The archbishop of New Orleans sprinkled holy water from a World War II-era biplane high above the city in an unusual blessing for those affected by the coronavirus.

The Times-Picayune/New Orleans Advocate reports that the open-air plane carried 70-year-old Archbishop Gregory Aymond on Good Friday from the Lakefront Airport to Kenner, to Gretna, to the French Quarter over 25 minutes.

Aymond prayed for protection and healing and sprinkled holy water that came from the Jordan River, where Jesus was baptized. As of Saturday, Louisiana had more than 20,000 reported cases of the virus and 806 reported deaths.

Now hair clippers and hair dye are flying off shelves.

In recent weeks, Americans’ shopping patterns are serving as a reflection of how the coronavirus pandemic continues to evolve and affect daily lives.

“You can definitely see that as people have stayed home, their focus shifted,” Walmart CEO Doug McMillon said on the Today Show, Friday.

After stocking up on food and consumable products, shoppers turned to puzzles, games and other timeless forms of entertainment as well as education, he said.

Now, sales are showing that — without the ability to venture to a hair salon — folks are getting shaggy.

“People are starting to need a haircut,” McMillon said. “You see more beard trimmers and hair color and things like that. It’s interesting to watch the dynamic play out.”

Bunnies to the rescue as virus hits Belgian chocolatiers

Easter Sunday is normally the most important date on the chocolate makers’ calendar. But the coronavirus pandemic, with its lockdowns and social distancing, has struck a hard blow to the 5-billion-euro ($5.5-billion) industry that’s one of Belgium’s most emblematic.

Yet amid the general gloom Belgians are allowing themselves some levity for the long Easter weekend.

Some producers, like Persoone’s famed The Chocolate Line, offer Easter eggs or bunnies in medical masks, while the country’s top virologist has jokingly granted a lockdown pass to the “essential” furry workers traditionally supposed to bring kids their Easter eggs.

The country has an annual per capita chocolate consumption of six kilograms (over 13 pounds), much of it scoffed during the peak Easter period.