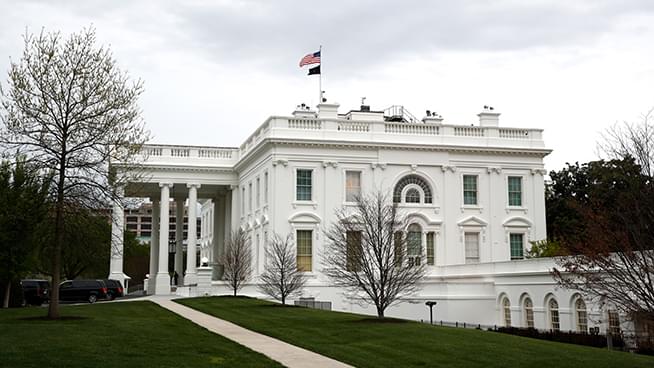 Trump has no intention of firing Fauci, White House says

The statement comes after Trump fueled speculation about Fauci’s future on Sunday, retweeting a conservative who called for the expert to be fired after he said in a CNN interview more could have been done to prevent the spread of coronavirus.

Trump has disputed that his administration was slow to respond, despite increased scrutiny of his initial handling of the crisis as it’s been revealed that administration and health officials were sounding alarms for weeks before the President took decisive actions such as calling for social distancing measures.

Fauci says ‘rolling reentry’ of US economy possible in May

The United States’ top infectious disease expert says the economy in parts of the country could have a “rolling reentry” as early as next month, provided health authorities can quickly identify and isolate people who will inevitably be infected with the coronavirus. Dr. Anthony Fauci also says he “can’t guarantee” that it will be safe for Americans to vote in person on Election Day, Nov. 3. Fauci says a gradual return to normal will be required based on the status of the new coronavirus pandemic in various parts of the country and the availability of rapid, widespread testing.

Japan Prime Minister Shinzo Abe’s “stay home” message he tweeted Sunday has backfired, prompting angry reactions on social networks, criticizing him for being insensitive to people who cannot rest at home because of the government’s social distancing measures that do not come with compensation. Abe declared a state of emergency in Tokyo and six other prefectures last Tuesday, asking the people to stay home and reduce human interactions by as much as 80%, but many Japanese companies are slow to switch to remote-working and many people were seen commuting even after the declaration.

Kim Gang-lip’s comments during a government briefing on Monday came as officials discuss converting the country’s weekslong social distancing campaign into a more sustainable guideline.  The guideline, which will be announced as early as this week, doesn’t necessarily mean the end of social distancing and that a premature easing of distancing could possibly come at the “irrevocable cost” of triggering a new round of massive transmissions.

While Kim said the slowing caseload was a positive sign, he said the country will have to monitor the affect of Easter weekend and the national parliamentary election that takes place on Wednesday.

“When the outbreak hit Daegu, it took just one day for daily jumps in fresh cases to increase from 50 to 100 and just about a week until the numbers hit 800 to 900,” Kim said.

Government officials have yet to share specific details about the new guideline, but have revealed some basic principles, such as people taking three or four days off from work when sick. Critics say such recommendations would be meaningless unless enforced by law.

More than 3,600 deaths have been linked to coronavirus outbreaks in nursing homes and long-term care facilities nationwide, an alarming rise in just the past two weeks. Because the federal government has not been releasing a count of its own, The Associated Press has kept its own running tally based on media reports and state health departments. The latest count of at least 3,621 deaths is up from about 450 deaths just 10 days ago. Experts say even that is likely an undercount because most state numbers don’t include those who died without ever being tested for COVID-19.

Relief money is coming – for some. Here’s what to know

Americans should begin to see the first economic impact payments hit their bank accounts this week. The IRS tweeted Saturday that it had begun depositing funds into taxpayers’ bank accounts and would be working to get them out as fast as they can.

The one-time payments were approved by Congress as part of an emergency relief package intended to combat the economic ravages of the coronavirus pandemic.

The exact timing of when people get their money depends on a few factors, such as income and payment delivery method. Paper checks will begin to be distributed later this month, according to the Treasury.

New York’s coronavirus death toll has topped 10,000 even as the absence of fresh hotspots in the U.S. or elsewhere in the world yielded a ray of optimism in global efforts against the virus. Officials around the world worried that halting quarantine and social distancing behaviors could easily undo the hard-earned progress.

Still, there were signs that countries were looking in that direction. Spain permitted some workers to return to their jobs, a hard-hit region of Italy loosened its lockdown restrictions and grim predictions of a virus that would move with equal ferocity from New York to other parts of America had not yet materialized.

Italy’s day-to-day increase in new COVID-19 cases is one of the lowest in weeks, bolstering a generally downward trend.

Authorities announced on Monday that there were 3,153 new coronavirus cases in the past 24 hours – approximately a 1.9 percent increase.

That brings Italy’s overall toll of known cases to nearly 160,000. The day-to-day death toll, 566, however, was up, from the 431 new deaths registered on Sunday.

Cases being registered on Monday reflect contagion from some time past, stressed Giovanni Rezza, head of the infectious disease department at Italy’s national health institute.

On Tuesday, Italy, which, with more than 20,000 fatalities, has Europe’s highest death toll, starts a sixth week of national lockdown.

Some slight easing of restrictions are about to take effect in some sectors, such as permission to allow stores selling necessities for newborns or stationery items to reopen.

The lockdown will last at least through May 3, under the latest government decree.

The Navy says a sailor who was hospitalized in intensive care on Guam last week has died of coronavirus-related complications. The sailor is the first member of the active-duty U.S. military to die of the virus.

The sailor tested positive for the virus on March 30 and was taken off the USS Theodore Roosevelt and placed in isolation on the island’s Navy base. The sailor was found unresponsive on April 9 and moved to ICU at a hospital. He died Monday. His death comes almost two weeks after the aircraft carrier’s captain was fired for pressing his concern that the Navy had done too little to safeguard his crew.

ABC `Good Morning America’ anchor George Stephanopoulos says he has tested positive for the coronavirus, but is relatively symptom-free.

He said on Monday’s show that other than a brief backache and diminished sense of smell, he’s been feeling fine. His wife, journalist Ali Wentworth, has the disease and has said she’s never felt sicker.

Stephanopoulos made the announcement on the show Monday; like many in television news, he’s been working from home.

His disclosure led to a discussion on the air with a medical expert about why some people are hit hard or killed by the disease, and some people feel next to nothing.

The coronavirus outbreak has fueled attempts to ban abortions in some states. Where the procedure remains available, some abortion providers are reporting increased demand.

They describe patients who are distraught over economic stress and health concerns linked to the outbreak. Some clinics are seeing patients who traveled hundreds of miles from Texas, which has banned abortions during the pandemic.

A clinic doctor in Chicago says one recent patient was a teen who drove all the way from Texas with her mother. And a clinic in Wichita, Kansas, says it performed nearly three times as many abortions last month as it did in March 2019.

Nearly 30% of Americans believe coronavirus was made in a lab, Pew poll shows

Despite evidence from infectious disease experts suggesting otherwise, nearly 30% of Americans in a new Pew poll said they believe the novel coronavirus was likely created in a lab.

The latest poll from the public opinion fact tank shows that misinformation around the virus is still king, even as fact checkers and public health officials work furiously to dispel it and save American lives.

A total of 23% of adults polled said they believe the virus was created intentionally. This is almost certainly not true, according to the genetic detectives studying the virus’s origins.

And 43% — a plurality, but not an overwhelming majority — said the virus likely came about naturally. This is most likely the truth, according to virus experts.

The poll was conducted between March 11 and 16. During that time, the World Health Organization declared Covid-19 a pandemic, but most states hadn’t received stay-at-home orders yet.

Virus doesn’t care as students try to prepare for college

Pandemic or not, the clock is ticking for high school seniors making up their minds about where to go to college. For many students, spring break was supposed to be about visiting campuses, looking in on classes and meeting students and professors. Instead, like so many milestone moments of their senior year, the coronavirus pandemic has pushed the process online.

Numerous colleges are offering virtual visits and more interactive or one-on-one video sessions. Hundreds have pushed deposit deadlines from May 1 to June 1.  But for all the schools’ efforts, many families say it’s difficult to look forward when there’s so much uncertainty now.

Former first lady Michelle Obama and the non-partisan organization she co-chairs on Monday threw its support behind Democratic legislation seeking to expand access to mail-in voting and early voting amid the coronavirus outbreak in the US.

“Americans should never have to choose between making their voices heard and keeping themselves and their families safe,” Obama said in a statement. “Expanding access to vote-by-mail, online voter registration and early voting are critical steps for this moment — and they’re long overdue.”

The effort backed by the former first lady comes as Democrats increase their calls for states to expand mail-in and early voting, while some Republicans have echoed President Donald Trump’s opposition to expanding the practice amid the coronavirus pandemic.

The crisis has caused scores of large gatherings to be canceled or postponed, including primary contests, several of which have been pushed into the summer.

As the calls have increased, Trump has repeatedly dismissed the notion of a nationwide vote-by-mail system and falsely claimed that mail-in voting is the source of widespread voter fraud.

Amazon is hiring 75,000 more workers to keep up with demand during pandemic

Amazon plans to hire 75,000 more workers to meet increased demand for household essentials and other goods spurred by the coronavirus pandemic.

The tech giant on Monday also said it has hired 100,000 new workers for its distribution centers since announcing plans to do so in mid-March. Amazon said it now expects to spend more than $500 million in pay increases for workers, up from its previous expectation of $350 million.