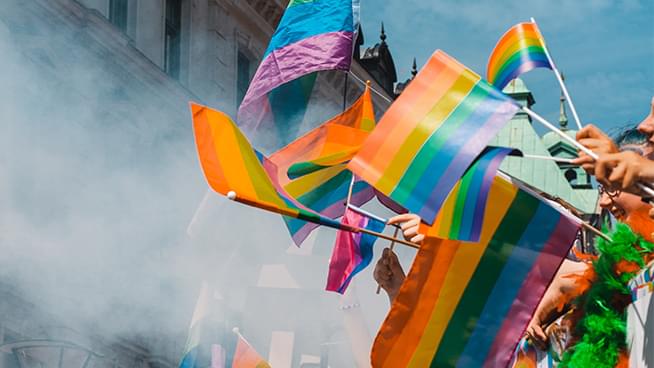 For the first time, San Francisco has cancelled the 2020 gay pride parade and celebration. This year marks the 50th anniversary of the weekends celebrations and one million people were expected to attend.

In a press release from San Francisco Pride, Executive Director, Fred Lopez said, “This was not a decision we arrived at lightly…Far from it: Our staff has been in frequent talks with our board, our production team, our partners at many departments of City Hall, officials at other Pride organizations worldwide — and most of all, our LGBTQ communities. We have heard from people who urged us to cancel, and from those who implored us not to.”

Originally, the team hoped to reschedule the events, however due to the severity of the pandemic it became no longer possible. As Lopez explained, “Well before the first shelter-in-place order, our team began to balance our excitement for Pride 50 and evaluate possible alternatives. With heavy hearts, we have decided not to go forward with the Parade and Celebration in 2020.”

Board President Carolyn Wysinger said, “We know what Pride symbolizes for San Francisco — and to LGBTQ+ people around the world…We know our decision means disappointment, canceled plans, and one less thing for us all to look forward to. We also know that protecting the safety of all our communities is the most important. We look forward to gathering with all of you, our friends and our families and our allies. In the meantime, SF Pride will offer new and creative ways to commemorate LGBTQ+ Pride.”

Mayor London Breed, Supervisor Rafael Mandelman and Senator Scott Wiener are a few of the leaders who have announced their sorrow for the cancellation, however they are fully supporting the necessary decision which will hopefully protect all participants from coronavirus.

For decades, San Francisco’s two-day celebration has brought hundreds of thousands of LGBTQ individuals and allies to downtown San Francisco. The celebration will not stop this year, but the location will. SF Pride is planning on participating in a worldwide, “Virtual Global Pride” on Saturday, June 27 – the same day the original celebrations were planned. Although it will not be the same commemoration as planned, it will still be an occasion for everyone to come together and share their love and gratitude.

San Francisco will announce additional ways to celebrate safely from your home in the coming weeks.