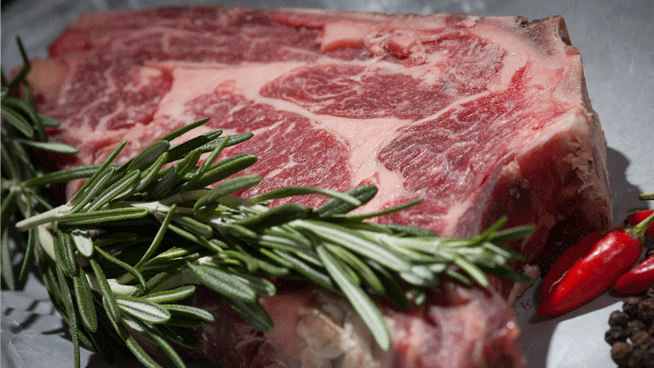 The Trump administration is reviewing new federal plans designed to guide restaurants, schools and others as states look to gradually lift their coronavirus restrictions. The draft guidance from the Centers for Disease Control and Prevention has been sent to Washington and still could change.

The recommendations include guidance such as closing break rooms at offices, using disposable menus in restaurants and having students eat lunch in their classrooms. The CDC put together so-called “decision trees” for at least seven types of organizations. Those include schools, camps, childcare centers, religious facilities, mass transit systems, workplaces and restaurants.

New York has canceled its Democratic presidential primary originally scheduled for June 23 amid the coronavirus epidemic in an unprecedented move.

The Democratic members of the State’s Board of Elections voted Monday to nix the primary. New York will still hold its congressional and state-level primaries on June 23. New York City-run health clinics will soon take a new tack on coronavirus testing.

Mayor Bill de Blasio said Monday that the clinics will begin using a procedure that lets people collect samples themselves at a health care worker’s direction. He says the “self-swab” tests would allow for more and easier testing and make it safer for test-seekers and health care workers alike.

Virus is expected to reduce meat selection and raise prices

Meat isn’t going to disappear from supermarkets because of outbreaks of the coronavirus among workers at U.S. slaughterhouses. But as the meat plants struggle to remain open, consumers could face less selection and slightly higher prices.

Industry leaders acknowledge that the U.S. food chain has rarely been so stressed and that no one is sure about the future, even as they try to dispel concerns about shortages.

On Sunday, the meat processing giant Tyson Foods ran a full-page advertisement in the New York Times and other newspapers outlining the difficulty of producing meat while keeping more than 100,000 workers safe and shutting some plants.

Cuomo: Virus deaths drop below 400 for 1st time this month

Gov. Andrew Cuomo says 367 more people have died from the coronavirus in New York state. Cuomo during his daily news conference Sunday called the number “horrific” but it was less than half the daily number recorded at the height of the health crisis. He also reported that the number of hospitalizations topped 1,000 on Saturday, but was still falling from the day before. And he said the number of individuals put on a ventilator had dropped as well. The deaths recorded Saturday and reported Sunday included 349 patients who died in hospitals and 18 individuals who died in nursing homes.

Plan is for Trump to shift focus to prospects for economy

White House strategists are planning to shift President Donald Trump’s public focus from the coronavirus to the burgeoning efforts aimed at easing the economic devastation caused by the pandemic. That will put him in the position of looking forward to more promising times, Aides intend to put him in more controlled settings than his daily briefings, where his ability to grab headlines with freewheeling performances has become a liability. And plans are being drawn up for a limited schedule of travel within the next few weeks.

Streets in Spain echoed again with joyful cries as the country let children go outside for the first time in six weeks. European nations are methodically working to ease their lockdowns, while American governors are moving at differing speeds, some more aggressive, others more cautious. In Italy, the premier laid out a long-awaited timetable for getting back to normal, announcing that factories, construction sites and wholesale supply businesses can resume activity as soon as they put safety measures in place. British Prime Minister Boris Johnson is going back to work Monday at 10 Downing St. after being hospitalized with the coronavirus.

South Korea reported only 10 new cases of the coronavirus, its 26th straight day below 100 as officials mulled reopening schools amid the slowing caseload. The figures released by the Korea Centers for Disease Control and Prevention on Monday brought the national totals to 10,738 cases and 243 deaths. China reported just three new coronavirus cases and no new deaths for the 12th day in a row.

Japan adds travel bans as it struggles to contain virus

Japan’s Prime Minister Shinzo Abe said Monday that his country is adding 14 more countries, including Russia, Peru and Saudi Arabia, to the entry ban list as the country steps up border control as the coronavirus infections continued to spread in the country.

Japan has already banned entry from more than 70 other countries, banning foreigners with records of visiting those countries in the past two weeks, while invalidating visas for the rest of the world. The additional step on the 14 countries will take effect Wednesday, Abe said.

Japan is now under a month-long state of emergency through May 6, for now. Officials and experts are now gauging its effect and whether to extend the measure.

The average U.S. price of regular-grade gasoline fell 9 cents over the past two weeks, to $1.93 per gallon. Industry analyst Trilby Lundberg of the Lundberg Survey says prices at the pump have dropped 61 cents over the past nine weeks and 80 cents since mid-October. She says prices are expected to continue their slide as demand declines amid widespread stay-at-home orders during the coronavirus pandemic. The highest average price in the nation for regular-grade gas is $3.13 per gallon in Honolulu. The lowest average is $1.30 in Tulsa, Oklahoma.

Two of the world’s most famous Covid-19 patients are willing to share their blood to help in the fight against the disease.

Tom Hanks said on a recent podcast of NPR’s “Wait, Wait … Don’t Tell Me!” that he and his wife, actress/singer Rita Wilson, want to donate their blood to research because their blood now carries coronavirus antibodies.

“We have not only been approached, we have said, ‘Do you want our blood? Can we give plasma?’ ” Hanks said during the podcast. “And in fact, we will be giving it now to the places that hope to work on what I would like to call the ‘Hank-ccine,’ ”

Hanks said he and Wilson are feeling “just fine and dandy.” They spent their time being sick in quarantine in Australia, where he had been filming a movie and she gave performances in support of her album. They’re back home now.

Film festivals worldwide are teaming up to launch “We Are One: A Global Film Festival,” which will play out over 10 days and be available for free on YouTube. Tribeca Enterprises and YouTube announced Monday the online festival will feature movies, shorts, documentaries, music, comedy and conversations.

Other festivals will also contribute curated programming, including those hosted in Cannes, France, Berlin, Venice, Italy, London, Tokyo and the New York Film Festival. The “We Are One” festival will be benefit the World Health Organization and local relief organizations, and encourage viewers to donate to relief efforts.

Hospitals in New York are giving Covid-19 patients heartburn medicine to see if it helps fight the virus, according to the doctor who initiated the trial.

Preliminary results of the clinical trial of famotidine, the active ingredient in Pepcid, could come out in the next few weeks, said Dr. Kevin Tracey, president of Feinstein Institutes for Medical Research at Northwell Health, which runs 23 hospitals in the New York City area.

So far, 187 patients have enrolled in the clinical trial, and Northwell eventually hopes to enroll 1,200, he said.

“There are many examples in the history of medicine where a drug that was designed for one purpose turns out to have an effect in another disease,” Tracey said.

He said if famotidine works — and that’s a big if at this point — it would be easy to use it on a widespread scale.

“You should not go to the drugstore and take a bunch of heartburn medicine,” he said.

The Navy Blue Angels and the Air Force Thunderbirds will conduct a series of flyovers of cities starting Tuesday in honor of the nation’s health care workers and first responders.

The Pentagon is calling it a show of national solidarity in the face of the pandemic.

The two flight demonstration teams will fly over areas of the country hardest hit by COVID-19, as both joint and individual team flights until mid-May.

The first flights will be Tuesday over New York City, Philadelphia, and the New Jersey cities of Newark and Trenton.

The Air Force and Navy are working with local governments to help ensure spectators follow Centers for Disease Control and Prevention social distancing guidelines. The Blue Angels are based at Naval Air Station Pensacola, Florida, and the Thunderbirds are based at Nellis Air Force Base in Las Vegas.