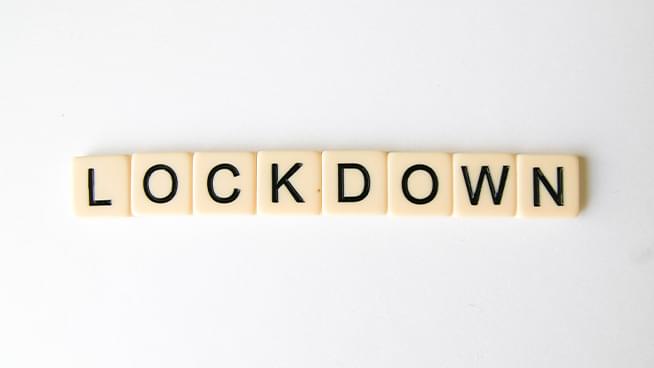 The Shelter-in-place order has officially been extended through May for six Bay Area counties: Alameda, Contra Costa, Marin, San Francisco, San Mateo and Santa Clara as well as the city of Berkeley.

Today Public Health Officers announced an extension of the Stay Home order through May.

We do expect some lower-risk activities to be allowed to resume soon, but for the safety of you and those around you we must build on the progress we’ve made.

During Governor Gavin Newsom’s daily COVID-19 press briefing he said, “Hope and expectation is that we will be in a position in a number of weeks to make meaningful modifications, but again the data will guide that, the indicators will guide that and the only thing that will set us back…is behavior that’s inconsistent with the statewide guidelines.”

He continued stating California will be, “More aggressive [with] enforcement” due to people deliberately ignoring the social distancing guidelines and reiterated people failing to, “Practice physically distancing and appropriate social distancing [is] the only thing that’s going to slow down our ability to reopen this economy.”

Gavin Newsom also said that tomorrow he will lay out details for the 5th of 6 indicators previously laid out for relaxing the stay-at-home orders. Within the indicator Newsom invites the press to a series of digital round tables in which they will discuss the future of businesses in great detail, sector by sector.

Over the next few weeks I’ll be hosting digital conversations with small business owners, workers, and industry leaders to hear directly from those impacted by #COVID19 and how they’re working to modify operations and work toward CA’s recovery.

Together, CA can meet this moment.

In regards to unemployment, $4.4 billion has been distributed since March 15th and 4.3 million checks have been cut. After extending hours and employing more individuals the call centers are still overwhelmed. There have been 15 million calls made and over one million minutes spent with people answering questions. Newsom reminded viewers of the new chat box option and announced a text capacity that will be available in the next few days. He explained that tech issues can’t be fixed over night, but they are working on fixing them as quickly as they can.

In the last 24 hours, 45 lives have been lost, although the number is higher than anyone would like, Newsom believes it is encouraging because it is down form last week’s peak. Overall, there have been 553,000 tests performed and over 43,000 people have tested positive for COVID-19 in California.