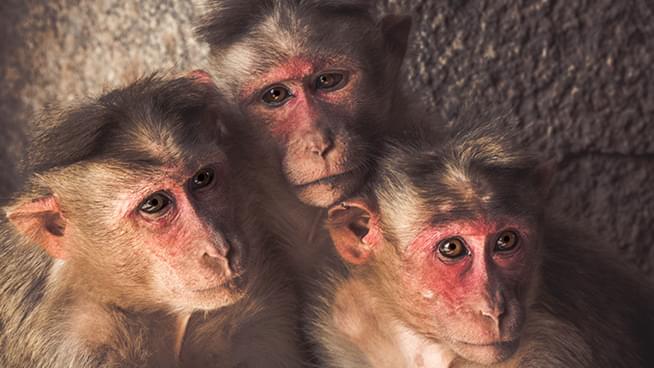 As the world turns to the science community for a finality to the novel Coronavirus many are rushing through to the finish line, but so far a few laboratories are leading the pack.

The Jenner Institute at Oxford University has pulled ahead of it’s piers as it announced Monday that six rhesus macaque monkeys, who are often used in trials for their genetic similarities to humans, have fended off the virus after a month of “heavy exposure.” The National Institute of Health’s Rocky Mountain Laboratory in Montana implemented the trial and after just one inoculation the test group continued to stay healthy as other specimens in the trail contracted COVID-19.

Britain, India, and the Netherlands have all begun producing the vaccine in the hopes that the human trials that started last week end up yielding immunity to the virus.

“There is no alternative,” Dr. Sandy Douglas, who is overseeing the vaccine’s production at Oxford, told the New York Times.

This trial and many others are being accelerated to a degree which is extremely uncommon but scientists are working as quickly and as safely as they can. The vaccine, dubbed hAdOx1 nCoV-19, started human trials last Thursday with 1,100 participants in Phase I and if successful will move to a larger testing groups. The vaccine at it’s current trajectory could have it’s first couple million doses ready by September if successful – well ahead of the projected 12 to 18 month timetable.

Though Oxford University and many others are showing promise in their efforts, North America might hit a speed bump with the Jenner Institute and others like it. At present, the institute has been unable to reach a manufacturing deal with pharmaceutical companies in North America. The laboratory is looking to disseminate the vaccine to as many people as possible and this means no exclusive worldwide rights – a deal breaker for those who’ve they’ve contacted so far.

“I personally don’t believe that in a time of pandemic there should be exclusive licenses,” Jenner Institute Director, Professor Adrian Hill said. “So we are asking a lot of them. Nobody is going to make a lot of money off this.”

On the bright side, some labs in the United States are showing great progress in the race for a vaccine. According to Emilio Emini, a director of the vaccine program at the Bill and Melinda Gates Foundation, several vaccines will likely be needed. Many attempts at the vaccine will not only allow us to learn from our failures, but also might yield multiple successes. Certain versions might be more successful with certain groups and even at different costs and dosages. This model could also alleviate production bottlenecks as successful vaccines begin to propagate.

In a morbid twist of fate, trials for the vaccine are unlikely to show meaningful data in sparsely impacted parts of the world or parts which has started to recover. This will have scientists “chasing” the virus to hotspots around the world to understand it’s true effectiveness. The New York Times listed Africa and India as potential next hot spots and Professor Hill did not see a second wave in the United States as out of the question either.