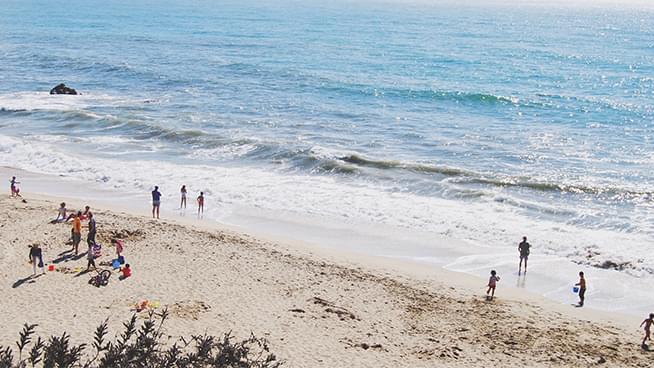 After a leaked memo from Wednesday night, it was expected for Governor Newsom to close all California beaches and state parks starting May 1st.

Yet, during his daily COVID-19 press conference he only closed beaches in southern California stating, “We are going to do a hard close in that part of the state, just in the Orange Country area.”

Continuing, he said that state parks will remain open, “As long as we are modifying our behavior and practicing social and physical distancing.”

Many think Newsom changed his mind due to backlash from the memo, including Humboldt Country Sheriff William Honsal, who announced his opposition to the anticipated announcement.

When one reporter asked why he changed his mind during the question and answer portion of the conference, Newsom remained firm that this was always the plan and expressed, “Nothing would please me more than pleasing those local elected officials and to help them help all of us move through this pandemic.” But, he continued, “People are literally dying because of decisions that were done without a real frame of focus on public health first, so that’s what ultimately guides on decisions.”

Since Orange Country is, “One of the highest rates of total number of positives” Newsom explained, “We have to be driven by the spread of this disease.”

He said, “We want you to enjoy…activities outdoors…the only thing we don’t want you to do is linger outdoors in ways where you’re mixing, you’re congregating or you are violating the principles we set out on our stay-at-home order.”

A vast majority of beaches are doing outstanding work, so the “Temporary pauses on the [state and local] beaches down there” are a “Very targeted [and] very focused, [attempt in] trying to solved a health problem” that will hopefully end soon as long as individuals follow the state guidelines.

Newsom regretfully announced that 95 people have died from COVID-19 in the last 24 hours and there was a 5.2% increase of positive cases in California.

He stated, “This disease is not going away” but, he remains, “Optimistic about getting through it much more strongly than we got into it.”