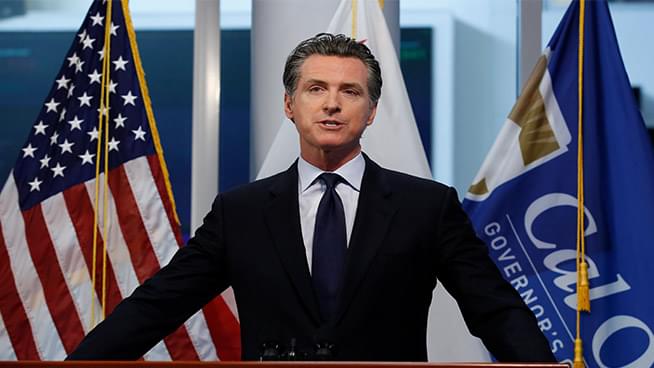 Governor Gavin Newsom submitted a revised budget to cut billions to tackle the $54.3 billion deficit in the state budget in response to the coronavirus pandemic.

In the budget proposal Newsom said, “During this time of unprecedented unemployment, the Administration will work in partnership with the Legislature to help get people back to work and support the creation of good-paying jobs.”

A global health crisis has triggered a global financial crisis.

The U.S. GDP is projected to decrease by 26.5% this quarter. Job loss is at an all time high. We’re facing a recession worse than the Great Recession.

Although numbers do not look encouraging, he positively added, “We’re entering into this time of uncertainty in a much better place than we entered into it in for example in 2003…or 2009…or 2011,” due to California’s many budget surpluses.

Within the budget, the government will use all $16 billion of the rainy day fund spread out over the next three years, borrow and transfer $4.1 billion in special funds, cancel $6.1 billion in program expansions, and temporarily limit to $5 million the number of credits a taxpayer can use in one year.

Additionally, Newsom said, “None of us in state government will be immune from tighten our belts” as he proposed a 10% pay cut from all state workers, including his staff and himself, starting July 1st. If the cuts are not successful, he will have to begin making furloughs.

In comparison to previous economic declines, unemployment peaked with 2.2 million people in 2010. In only two months, the coronavirus pandemic has more than double those numbers. Since March 12th, 4.6 million people have filed for unemployment insurance claims or other assistance. The 2020 unemployment rate is now projected to be north of 24.5% and personal income is projected to decline by 9% this year; creating numbers that haven’t been seen since the Great Depression.

“While the numbers have certainly changed, the values remain,” Newsom said as he explained that special education and Cal Grants will not be included in cuts.

The revisions include a recommended 1.5% of state appropriation revenues be allocated to help schools and fund modifications that will allow for campuses to reopen. The CARES Act will provide public education with $4.4 billion for summer programs and to fill learning gaps for students. Newsom also discussed the shift to telework for state government, noting that 97% of transactions at the DMV are now virtual.

“We have been making historic investments in the last many years in the state of California and now are being forced back into this position where we are having to make cuts breaks my heart. One thing I know about cuts, there’s a human being behind every single number. Behind every category is a dream that is either deferred, in some case a dream that is denied, I’m sober about it I’m not naive about cuts,” Newsom said.

One way of avoiding cuts is with help from the federal government. Newsom said, “The President of the United States, with a stroke of a pen, could provide support for Speaker Pelosi’s new HEROES Act and these cuts would be eliminated.”

In a short period, the government is having to make very difficult decisions, but the governor said he is proud that we are, “A state that prides itself on reinventing itself…and manifesting a brighter future one where were not just growing, but one where we’re growing together”.