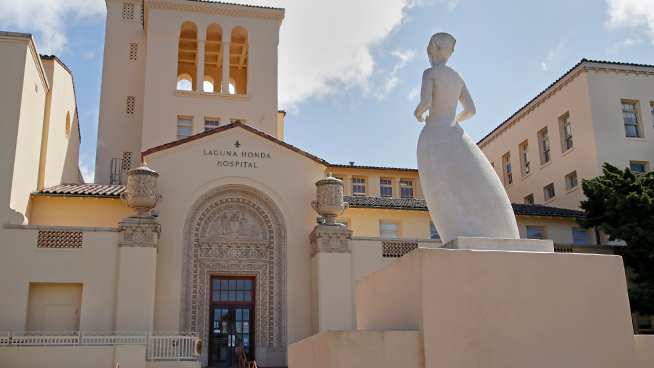 SAN FRANCISCO – Tuesday the Mayor’s Office held it’s daily COVID presser in which it shared some disturbing yet hopeful news. The city had contained an outbreak at the Laguna Honda nursing facility, it’s testing protocols were working.

The city of San Francisco had announced on May 4th that it would bolster it testing in many ways including requiring regular and thorough testing of it’s skilled nursing and other end-of-life care facilities. A seemingly consistent source of anxiety for the city comes from the Laguna Honda Hospital located in Twin Peaks. The facility has been deemed particularly vulnerable since day one due to the fact that it specializes in immunocompromised and elderly people and also has nearly 800 live-in residents. Laguna Honda Hospital is the largest skilled nursing facility in the region and certainly one of the largest in the nation.

San Francisco’s Public Health Director, Dr. Grant Colfax, says that recently the facility had experienced an outbreak of COVID-19. However, due to their recent policies on testing, the damage was limited.

Once identified, the hospital was able to use contact tracing methods to further test and follow up with potential contacts and other points of spread. The additional testing yielded four additional positives from residents who had previously tested negative.

“This past weekend that follow up enabled us to identify a small outbreak in the South 2 ward, [we followed up] precisely because we implemented this universal testing,” said Colfax.

The Health Director named the required universal testing at these facilities as one of the most important expansions to their testing arsenals.

As testing becomes more ubiquitous the expected number of positive cases is also expected to increase as undiagnosed persons begin to become identified. The city plans to continue to expand this practice to all it’s skilled nursing facilities and says that approximately 40% have already been tested so far. Laguna Honda will also serve as a trailblazer for other facilities on adapting best practices for combating the Coronavirus.

“This testing allows the hospital to proactively protect residents and staff from exposure by identifying COVID-19 cases among people without symptoms,” said Colfax.

The city says that it hopes to complete the implementation of universal testing to all of San Francisco’s skilled nursing facilities over the next couple weeks. Shelters and other congregate living facilities are in their crosshairs once that task has been completed.

“We know that the coronavirus is still here but we are going find a way to protect each other and enter a new era for our city, for San Francisco, for our community. We continue to rise to this occasion. San Francisco, I can’t thank you enough for your dedication to the health of the entire community.”