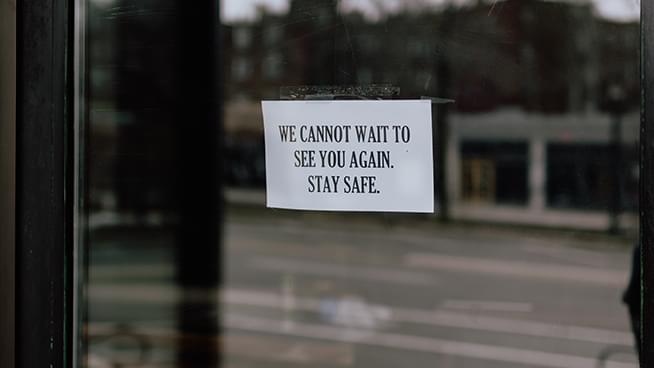 Newsom started his daily coronavirus press briefing by talking about the United States’ relationship with race. George Floyd died on Monday when Officer Derek Chauvin used his knee to pinned Floyd down by his neck on the ground. According to Hennepin County Attorney Mike Freeman, Chauvin was arrested Friday and faces charges of third-degree murder and manslaughter.

“Our hearts go out to George Floyd and his family, of course. The entire community that has been torn asunder, absolutely. But, we have to be more resolved now than ever to do more and be better as human beings, as parents, as leaders in our own right,” Newsom said.

He continued to explain, “We have a lot of work to do” which starts with, “A recognition that we [are] a country that predominately values power, dominance and aggression over care, empathy and collaboration” and those ways are no longer serving the country.

The governor then switched gears to address coronavirus updates in California. The state went from testing 2,000 people a day to now testing over 50,000 people a day creating a total of 1,835,478 tests done so far. Sadly, 4,068 people have died due to coronavirus in California. Additionally, when the pandemic began, the state had 3,000 tracers and are now on track to reach 10,000 tracers trained by the end of June.

Newsom said there has been “More than 14 days, weeks and weeks” of hospitalization and ICU rates stabilizing and sometimes even decreasing.

Moving to a “new normal” Newsom said the, “State puts out the guidelines by sector on how to safely reopen. It’s the counties working with their health director that can determine the pace of when. The state is not dictating, it’s not mandating those dates…that’s why you see variation up and down the state of California”

He explained the state is focusing on active monitoring, target engagement, reinstitute interventions and reiterated, “We put out the how, counties decide when” and that, “Your local public health officer will use data to decide appropriate timing for openings”.

Considering the population of California is larger than all but 4 economies in the world and as large as 21 states combined Dr. Mark Ghaly, Health and Human Services Secretary compared California counties to states. He explained, “Each county has a little bit of a different story” they are different, “No one would expect Vermont and Virginia to be the same” and these counties are like that.

Newsom addressed the wide disparity in COVID-19 cases, geographically, politically and also in the health consequences, which the state is working on helping with more testing sites.

He ended the briefing saying, “We bent this curve, in fact we didn’t bend it. We never allowed that curve to take off like other parts of this country. We’ve had stability for weeks and weeks and weeks, not only did we buy time, we invested in unprecedented amount of resources…to meet the needs of those entering in this new phase.”