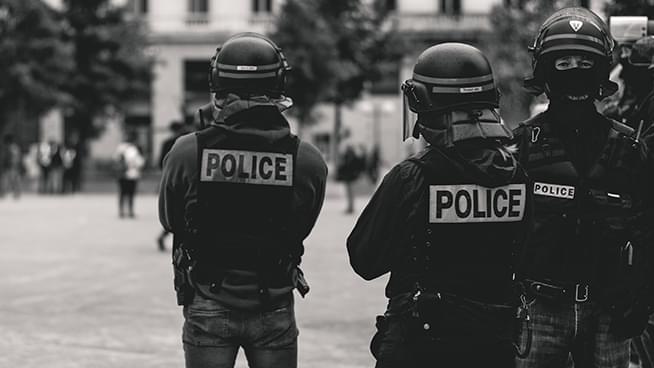 Boudin said the resolution will, “Prohibit the hiring in either the San Francisco Police Department or the San Francisco Sheriff Department any officer from another jurisdiction who has either had sustained misconduct findings in serious categories of misconduct, excessive force, racial profiling and so on. Or any officer who tries to avoid that kind of a finding of misconduct by leaving their job while an investigation into serious misconduct is pending. We know that is a loop hole that allows far too many officers who commit misconduct to avoid having that misconduct appear on their record and we are attempting to close that loophole with this resolution.’

The resolution will be introduced at the Board of Supervisors tonight. The resolution already has 7 cosponsors, including Supervisor Waltonm, so he has “every expectation it will pass” and go into effect within the next few weeks.

Boudin said he knows there are police officers in San Francisco with misconduct, but California law makes it difficult for not only the public but also for the district attorney office to gain access to a personnel file.

If an officer received complaints in other municipalities it does not need to be disclosed when applying for a new job. For example, Boudin explained that if an officer had repeated acts of racial profiling in another district and then applied to work in San Francisco, “We hope that in the hiring process they would see that misconduct and choose not to hire them, but because sate law prohibits the public from knowing one way or the other what’s in the personal file of most law enforcement officers” there is no way of knowing what misconduct the officer has.

Due to this process, the Black Caucus revealed 46% of officers who are fired are eventually rehired. The resolution will work to make sure San Francisco has a blanket ban on hiring people with a certain number of misconduct reports.

Boudin said, “We need to build trust between our community and law enforcement,” but we can’t do that with unclear boundaries.

When asked what a person should do if they see a questionable arrest, Boudin said not to interrupt a police officer. If something looks wrong he asked that you document from a safe distance but do not interfere. If you think either person needs immediate help, call 911.

District Attorney Boudin made it clear that many officers do not have background issues, but some do. This resolution is not a criticism of current practices, but a commitment to future practices

Supervisor Shamann Walton explained this will help make, “Sure that we can keep our communities are safe and make sure that law enforcement is responsible in their actions within the community.”

Derek Chauvin had 18 prior complaints and was involved in multiple officer shootings prior to the murder of Floyd. This resolution aims so that there will never be another death like George Floyd’s.