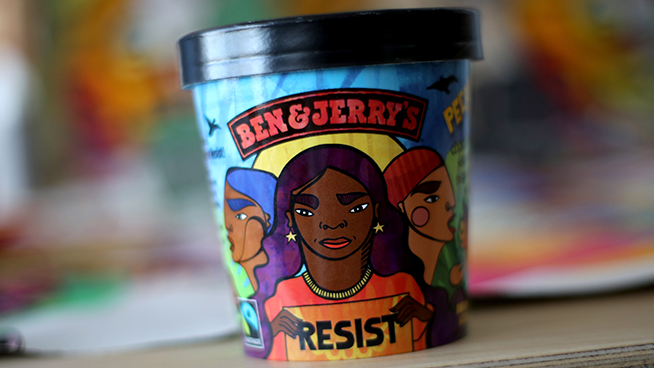 On May 25, 2020 George Floyd was killed by Minneapolis PD and has since caused massive protests across the United States and around the world. As civilians and politicians took up the mantle of advocacy many companies would soon join the fight and use their voice to condemn the systemic racism in America.

The Bay Area is known for it’s many innovators in the technology, business, fashion, art, and a myriad of other fields. Many companies that lead these innovations are now taking a stand with protesters and using their platform to spread awareness and advocate for cultural and legal change. Companies like Google, Netflix, Pixar, Wells Fargo, Sephora, and Ben and Jerry’s. However, it’s the progressive ice cream company that stole the show on social media and is being praised for it’s succinct and direct message.

“All of us at Ben & Jerry’s are outraged about the murder of another Black person by Minneapolis police officers last week and the continued violent response by police against protestors. We have to speak out. We have to stand together with the victims of murder, marginalization, and repression because of their skin color, and with those who seek justice through protests across our country. We have to say his name: George Floyd,” an open letter from the company stated.

“The murder of George Floyd was the result of inhumane police brutality that is perpetuated by a culture of white supremacy. What happened to George Floyd was not the result of a bad apple; it was the predictable consequence of a racist and prejudiced system and culture that has treated Black bodies as the enemy from the beginning. What happened to George Floyd in Minneapolis is the fruit borne of toxic seeds planted on the shores of our country in Jamestown in 1619, when the first enslaved men and women arrived on this continent. Floyd is the latest in a long list of names that stretches back to that time and that shore. Some of those names we know — Ahmaud Arbery, Breonna Taylor, Oscar Grant, Eric Garner, Trayvon Martin, Michael Brown, Emmett Till, Martin Luther King, Jr. — most we don’t.”

“Unless and until white America is willing to collectively acknowledge its privilege, take responsibility for its past and the impact it has on the present, and commit to creating a future steeped in justice, the list of names that George Floyd has been added to will never end. We have to use this moment to accelerate our nation’s long journey towards justice and a more perfect union.”

The ice cream makers also called for three things to be done to make tangible changes. First, Trump must disavow white supremacists and commit to a process of reconciliation. Second, the government must seriously enact measures (such as H.R. 40) to create reparations for African Americans. Third, the United States must form a national task force for ending racial violence and increasing police accountability.

Read the full statement here: Dismantle White Supremacy – Silence Is Not an Option

Here is a list of other Bay Area giants that are backing the movement:

Today Googlers are holding an 8-minute, 46-second moment of silence to honor the memories of George Floyd and Black lives lost. Read our CEO’s note to the company → https://t.co/7h2rCADg1d https://t.co/GUWZBRXNBU

We stand in solidarity against racism and violence. When members of our community hurt, we all hurt. We’re pledging $1M in support of efforts to address social injustice.

To be silent is to be complicit.
Black lives matter.

We have a platform, and we have a duty to our Black members, employees, creators and talent to speak up.

We stand with the Black community against racism, violence, and hate. Now more than ever we must support one another as allies and speak up for justice and equality. pic.twitter.com/ve3Jheyymd

Charis has so much more to say. Read her powerful essay here: https://t.co/hJjheFpPF3 pic.twitter.com/4oCBHQqUcL

This is a painful time for our nation, and we are saddened by the recent incidents. Our company will continue to do all we can to support our diverse communities. Read more from our CEO, Charlie Scharf

We stand with the Black community.
We stand with those peacefully protesting injustice, hatred and racism.
We stand in support of orgs like @eji_org and @policingequity working to make America more just for all. https://t.co/ItYMeAwoSi

We stand in solidarity with our Black employees, colleagues, friends, and communities, and we’re proud to support these organizations that are fighting for racial justice and equity: @CARES_Mentoring @CFUF_Baltimore @naacp @nbjconthemove @ncbcp_bwr #BlackoutTuesday pic.twitter.com/EOMNMte4dx

WE MUST STAND UNITED. Because together we are stronger. Together we create change.

Gap, along with Gap Inc brands @Athleta, @BananaRepublic, and @OldNavy have come together to donate $250,000 to support @NAACP and @RaceEmbrace. pic.twitter.com/zAYCQiOgib

Racism and police brutality have no place in our society. We stand in solidarity with our Black employees, users, and business owners. We all must use our voices and votes to stand against injustice and systematic oppression in this country. Black Lives Matter.

Get informed and get involved utilizing the resources we’ve gathered in the thread below: pic.twitter.com/XJeAKTYkrh

We stand with #BlackLivesMatter. We are donating a total of $500,000 to the @NAACP and the @Blklivesmatter Foundation in support of their fight for equality and justice, and we'll be matching employee donations to both groups. Because a world where we all belong takes all of us. pic.twitter.com/lIfsLgvq2H

Sharing Chairman and CEO Greg A. Adams’ internal statement yesterday regarding nationwide protests against racial discrimination, social injustice, and race-based violence, in which he reaffirmed Kaiser Permanente’s dedication to equality for all. https://t.co/reMarTUepb

George Floyd’s tragic death is a senseless loss of life. This injustice must end, along with the racial injustice that pervades this country. #BlackLivesMatter Read an open letter from our CEO to employees: https://t.co/TGgLrINtXh