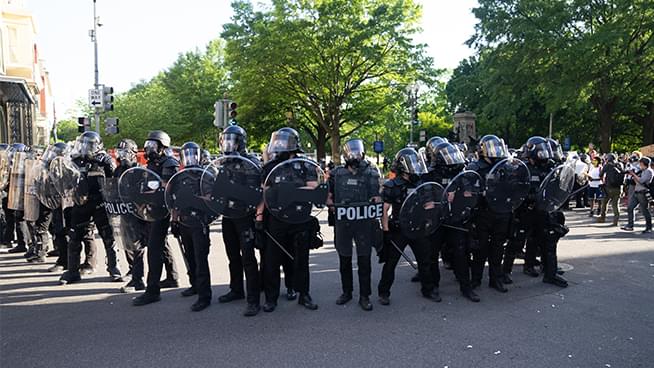 In light of the nationwide protests and death of George Floyd, former President Obama called upon every mayor in the United States to make a difference.

According to obama.org, “More than 1,000 people are killed by police every year in America, and Black people are three times more likely to be killed than White people. We can take steps and make reforms to combat police violence and systemic racism within law enforcement. Together, we can work to redefine public safety so that it recognizes the humanity and dignity of every person. Mayors and other City Council officials are uniquely positioned to introduce common-sense limits on police use of force…Everyone can support this effort—and we hope that individuals across the country will take action to urge their mayors to take these steps for change.”

Mayors can take the pledge here. Members of the community can take action by going to The Leadership Conference Education Fund and The Police Use of Force Project to find out how to become involved.

During the town hall Wednesday afternoon, Obama urged young people to speak up, reminding the audience, Martin Luther King Jr. and Cesar Chavez were young when they first started getting involved. He said we need to, “Use this to finally have an impact” and to, “Make people in power uncomfortable” so that laws can be made and change can happen.

The first African American U.S. Attorney General, Eric Holder explained, “There is wisdom through lived experience, there is idealism that young people posses with abundance. It’s the combination of that idealism with that experience that I think makes the most effective movement.”

Obama closed by expressing his support for the movement stating, “This country was founded on protests”.

San Francisco was one of the first cities to sign the pledge to reform police forces as you can see above. The rest of the Bay Area mayors have yet to comment.