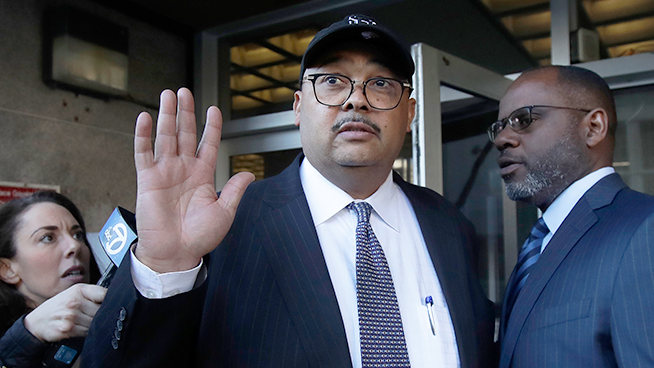 The California Department of Justice has announced new charges against San Francisco public officials and contractors for laundering, bribery, and obstruction.

Sandra Zuniga, Balmore Hernandez, and Florence Kong were all charged in relation to the disgraced former director of San Francisco Public Works (DPW), Mohammed Nuru. The announcement comes from a joint effort from the United States Attorney’s Office, the Federal Bureau of Investigation, and the Internal Revenue Service. Nuru resigned in February shortly after being arrested for bribery and corruption. He was allegedly involved in schemes to bribe a San Francisco Airport Commissioner and also received bribes from city contractors in the form of free and discounted construction on his private vacation home in Stanford, California.

His associate and long time romantic partner, Sandra Zuniga, has now been charged with laundering and wire fraud. Zuniga was San Francisco’s Fix-It Director and Director of the Mayor’s Office of Neighborhood Services. These new charges allege that she had knowingly participated in Nuru’s schemes and personally benefitted from them as well. In one instance Zuniga and Nuru took an all-inclusive trip to Chile and stayed in lavish hotels on the dime of a contractor in business with the city. Zuniga was also said to be privy to Nuru being in talks with a Chinese billionaire for a multi-million dollar multi-use space in San Francisco. In exchange, the director of SF Public Works would receive lavish gifts such as travel, lodging, high-end liquor, and other benefits. The document levels several more accusations against Zuniga.

“The complaint points out that from March 2014 to January 2020, Zuniga made over $135,000 in cash deposits, on top of her City of San Francisco paycheck.  She also deposited over $8,000 in checks from associates of Nuru.  During the same period, she then engaged in a variety of transactions that benefitted Nuru.  For example, for more than three years, Zuniga paid the monthly mortgage on a portion of Nuru’s Colusa County vacation home.  She allegedly did so by depositing approximately $1,000 in cash into her checking account almost every month, and then immediately writing a check for $1,000 to Nuru’s lender,” stated the document published by U.S. Attorney’s Office.

IRS Criminal Investigation and Special Agent in Charge Kareem Carter stated in a press release that Zuniga’s actions were “money laundering 101.” He also said that the charges leveled against these three were meant as a clear message that those involved in these types of crimes will be held accountable.

Balmore Hernandez has been accused of bribery by using his relationship with Nuru to garner city contracts. Hernandez was a longtime employee of San Francisco’s Department of Public Works and is now Chief Executive Officer and Vice President of AzulWorks, Inc., a San Francisco-based construction engineering firm. Nuru would allot contracts to AzulWorks, Inc. in exchange for personal favors such as labor and materials (over of $250,000) to help Nuru build his vacation home. Hernandez sought a long term supply contract and lease agreement with the city of San Francisco to operate an asphalt plant on land owned by the Port of San Francisco and to secure a bid for a $1.9 million project for which it had submitted an unqualified proposal.

Florence Kong, owner of a San Francisco-based construction company Kwan Wo Ironworks and a recycling company called SFR Recovery Inc., has been charged in relation to Nuru’s case for lying to FBI Investigators. Kong allegedly offered Nuru cash, a Rolex watch worth more than $40,000, expensive meals, and the installation of a gate for his vacation home in exchange for DPW contracts. When confronted in the initial investigation she denied any such correspondence. However, intercepted calls by the FBI would reveal that Nuru was in fact helping Kong secure contracts from the city.

“Today’s criminal complaints will not be the last. To everyone with a piece of this corruption, again I urge you to help make things right for San Francisco. Run, don’t walk to the FBI, before it is too late for you to cooperate,” said U.S. States Attorney David Anderson.

San Francisco District 6 Supervisor, Matt Haney, took to Twitter Tuesday to admonish the deep corruption in San Francisco and even blamed its recent infamy as being a dirty city on Nuru, Zuniga, and the like.

More indictments for public corruption announced by the US Attorney. It's disgusting that these folks were self dealing, rather than cleaning our dirty streets

The corruption extends across multiple depts, already taking down 3 of the Mayor's Directorshttps://t.co/CPjiZsVcNu

Trash cans built by one of Nuru's donors' family, despite everyone knowing the design was literal trash. Corruption has a real impact on the quality of life in our city, especially in my district. They're over there making side deals, while people suffer from their failures.