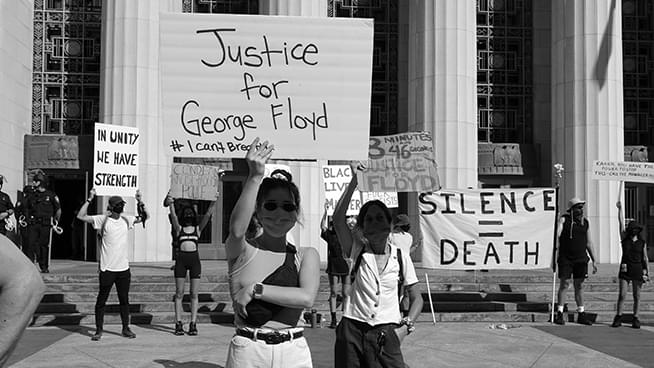 George Floyd, a 46-year-old black man, was killed in Minneapolis, Minnesota on May 25th when a police officer arrested him for allegedly using a counterfeit bill. The arresting officer kneeled on his neck for 8 minutes and 46 seconds while Floyd was handcuffed and lying face down on the street.

The world became aware of Floyd’s death due to one individual’s released video and since then protests have not stopped. Across all fifty states and numerous countries, people have been protesting for George Floyd and the need to end police brutality.

Today all City employees can join me in briefly stopping their work for a full eight minutes and 46 seconds at noon to mourn his killing. As you know, this is the same amount of time a Minneapolis police officer pressed his knee into Mr. Floyd’s neck, until he died.

Breed continued tweeting, “Racism is a sickness that has devastated our country for far too long. It stems from a lack of recognition of the humanity, pain, and suffering that Black people have experienced since the birth of this country, and it must be addressed.”

“We recognize not only the tragic loss of a single life, but also the long history of racism that courses through our entire country. We honor the countless Black lives lost to police violence and recommit ourselves to the fight against injustice and the struggle for equality.” Tweeted Breed.

Muni followed the mayors’ footsteps, announcing the same pause to, “Provide both staff and our customers a sanctioned space to participate as a symbol of the agency’s solidarity with the Black Lives Matter movement.”

In a statement SFMTA said, “Muni operators will pull over once safe to do so, and open all doors to allow passengers to either partake in the moment of silence or deboard.”

Today at noon, we will pause our work for eight minutes and 46 seconds to honor George Floyd. This symbolic action reflects the SFMTA’s efforts to address systemic racism as a part of our day-to-day work at the agency. pic.twitter.com/R6ClUhN3bV

In addition to the pause today, in a serious of tweets, Muni said they will, “No longer transport SFPD to anti-police brutality protests.”

Protests are ongoing across the Bay Area this week, with nearly a dozen planned for Tuesday across San Francisco, Berkeley, Oakland, and San Jose. Among the demonstrations scheduled is a kneel-in for George Floyd at San Francisco’s City Hall and a black youth protest and march in Berkeley.