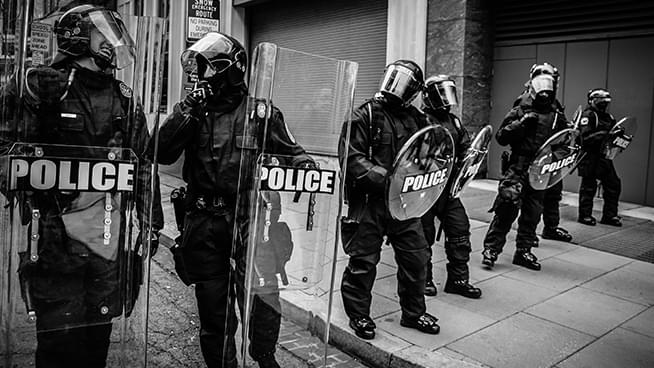 The conversation occurs after protests against police brutality have taken place not only in all 50 states, but also across the world after George Floyd’s murder was captured on video.

Breed went further stating, “These protests come at a time when our communities have been struggling even more because of the coronavirus. For too long, Black people have been subjected to violence at the hands of those in power. Now is the time when we can make sure that these demonstrations that we see are translated into real action.”

During the conversation, the SF Mayor explained a list of plans for the Police Department because, “If we’re gonna make real significant change we need to fundamentally change the nature of policing itself.”

Here are fundamental changes to policing in San Francisco that we’re moving forward:

Due to recent events, Van Jones considers it a “miracle” that there are about “30 to 40 million white people in America right now who maybe believe 3 things:
1. Racism is real or more real than we thought
2. Something’s wrong the system when it comes to police and criminal justice
3. What can I do”

“Defunding the police” has become a popular chant among individuals attending rallies and protests, which is controversial to many people. However, Van Jones took the time to explain why he believes the term is misunderstood.

He said, “The ideas [of defunding the police] are really about reinventing and reimagining the police and giving them a more appropriate role…so the cops don’t have to do everything. Really, their program would actually help the police as much as it would help the community.”

Mayor Breed responded, agreeing with Jones saying, “We are not saying we don’t need police officers, we’re saying…reenvision” the police and what they can do.

Cohen believes a majority of the people who are working in public service, “Have a calling on our lives to do good and to enhance everyday people’s lives, to protect their rights.” There are good people among the bad officers, but the code of silence protecting those bad individuals needs to stop because it is, “Making all of us in public service look bad”.

She went on to express the need for police records to be public knowledge because, “If you are fired from San Francisco why the hell should you be hired in Antioch?”

Although there is a lot of negative press at the moment, Van Jones wants others to “be encouraged” as, “We are reimagining policing and maybe reinventing policing.”

President Obama put 21st century policing into place with 272 recommendations, 58 of which deal with the use of force. San Francisco has received backlash for only implementing 61so far. But, San Francisco Police Chief William Scott said, “reform is not a checkbox” and he is proud of the work San Francisco has done so far. The city is “halfway” complete with the 58 use of force reforms, one of which banned shooting at moving vehicles.

Breed expressed, “San Francisco has made progress reforming our police department, but we know that we still have significant work to do.”

Watch the full conversation below.